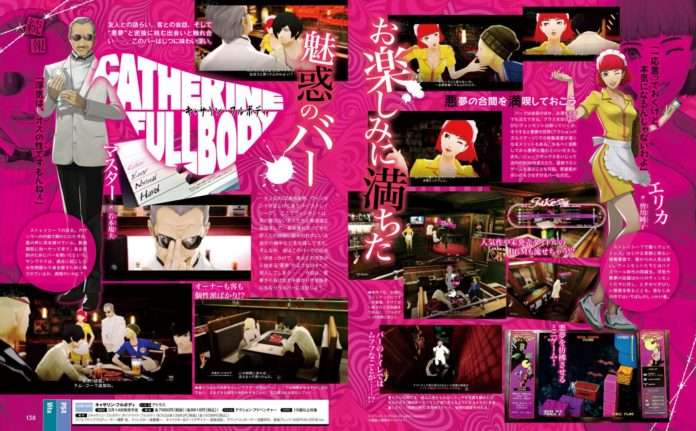 This feature focuses on the Stray Sheep bar where Vincent hangs out with his friends in-between his nightmares, along with gameplay elements and the previously detailed character DLC.

The “Additional Playable Character Set” DLC will include the following playable characters for the Babel and Colosseum game mdoes:

The previous Famitsu feature for the game in December 2018 featured Vincent’s friends.