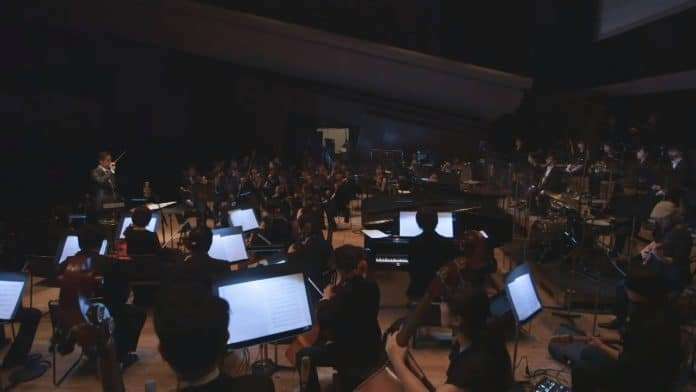 The “Catherine: Full Body Symphonic Concert” held by the Japan Game Music Orchestra (JAGMO) took place last year on November 24, 2019. JAGMO has released a second video from the performance, this time featuring “Lamb Game between ♂ and ♀”.

Taken from the original Catherine and not strictly from the Catherine: Full Body remake, this song was the first performed after the concert’s first break. The complete setlist for the concert, which also included a couple of Persona and Shin Megami Tensei songs, can be found in a previous post.

JAGMO recently uploaded a video of the concert’s opening medley. JAGMO also previously released a rehearsal video prior to the performance, on November 20, 2019.