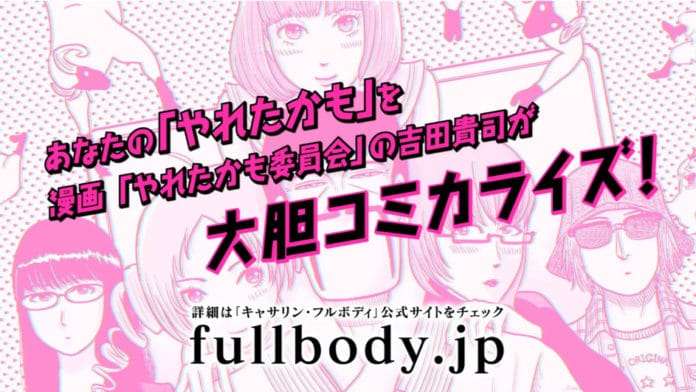 “On that day… I wonder if I could have done it if I had played Catherine at the time.” Bittersweet episodes will be delivered!

The creator of the comic, Yoshida Takashi, will bring the idea of this concept to life in an edition of “The Almost Got Laid Committee” manga. A special website for this collaboration has been launched.

From now until October 31, for these Catherine episodes, readers are asked to submit ideas related to “Catherine” and “cheating,” with episodes they would think of regarding those two themes. The author of the manga will look at the applications and adapt some of them into later editions of the manga.

Episodes that do not make it into the manga might also be introduced during the “Official Live Broadcast” for Catherine: Full Body scheduled to take place in February 2019.

Description of the manga, via Anime News Network:

The manga’s story centers on the titular “committee,” comprised of a martial artist, a musician, and an executive, who listen to the stories of clients who come in to hear their judgment. Clients come in and tell their stories about their romantic lives, focusing on points where they think they might have had sex, but ended up not doing it. The committee then delivers their judgment on whether or not they think the client might have actually ended up having sex at that point if something had been different.

This collaboration was teased by chief producer Katsura Hashino last week, alongside news of the game’s completion.