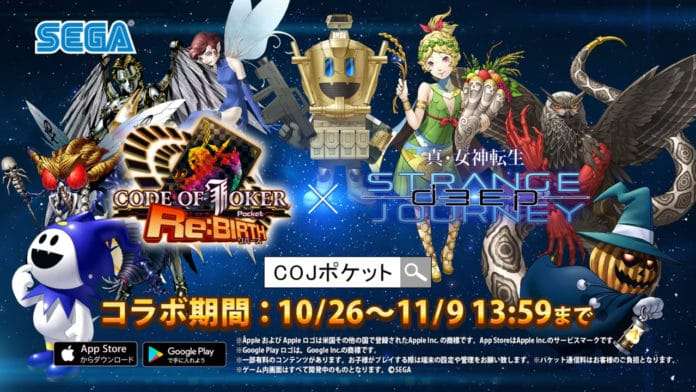 This Sega Interactive produced collaboration has been announced to take place from October 26, 2017 to November 9, 2017.

Demons from Shin Megami Tensei: Strange Journey Redux will appear in the mobile card game as original cards. A dedicated trailer has been released for it.

Additionally, a Twitter campaign planned to begin on October 18th and last until October 25th began and quickly ended. If this tweet by the official company Twitter account gained 1,000 retweets by its followers, the demon “Jack Frost” would be distributed to all players participating in the collaboration for use in-game.