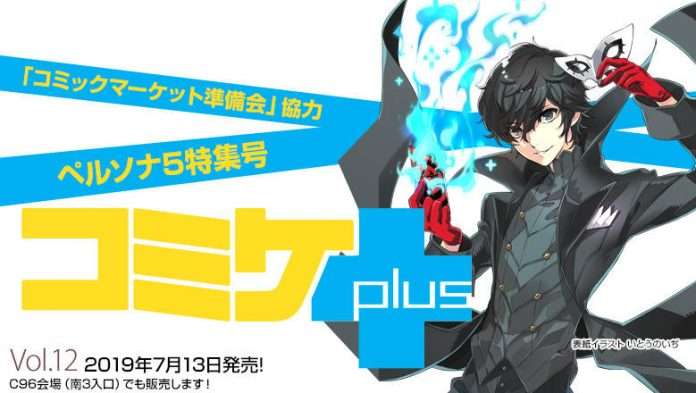 Comic Market (or Comiket) is a large Japanese doujinshi (independent fan works) convention which takes place biannually (summer and winter). The upcoming event will be Comiket 96, taking place from August 9 to August 12, 2019.

“Comiket Plus” is an official magazine prepared by the Comic market Preparation Committee designed to support the event and provide information to help people—typically new attendees—enjoy the event. Additionally, the magazine covers a variety of topics related to comics and otaku culture, which will also be of interest to experienced participants to Comiket.

Volume 12 of Comiket Plus is centered around Persona 5. 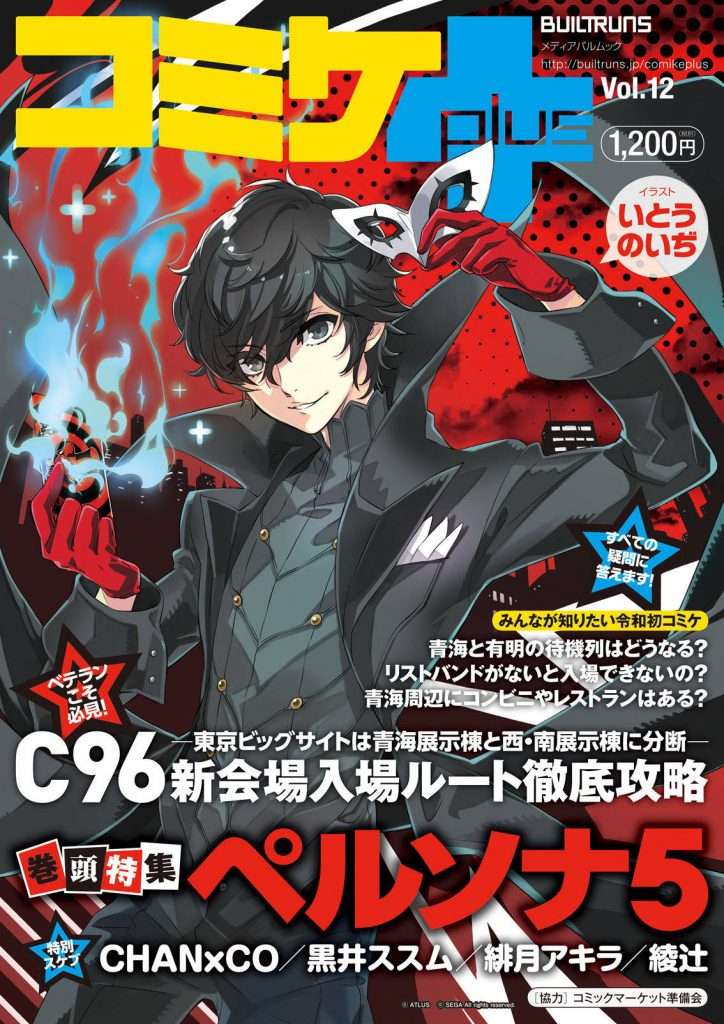 The cover is illustrated by Noizi Ito.

The first set of postcards included with the magazine will be distributed as a bonus to Gamers retailer orders. Illustrated by CHANxCO featuring Futaba & Morgana, as well as one featuring the cover by Noizi Ito.

The second set of postcards will be included with Animate retailer orders. They’re illustrated by Kuroi Susumu featuring the protagonist, as well as the main cover one. 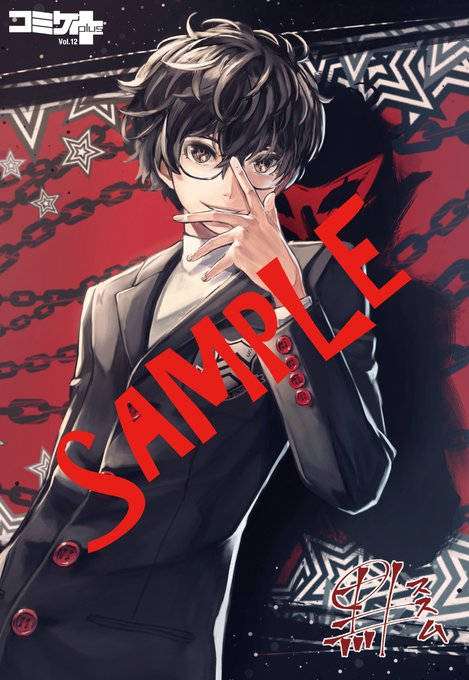 The third set features an illustration of Sadayo Kawakami by Hizuki Akira, as well as the main cover one. This is a purchase bonus at Melonbooks. 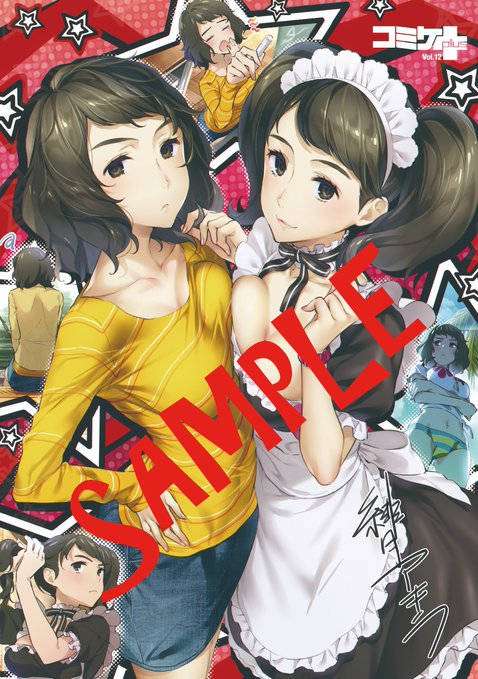 The fourth set features postcards with an illustration of Goro Akechi by Ayattuji, as well as the main cover one. 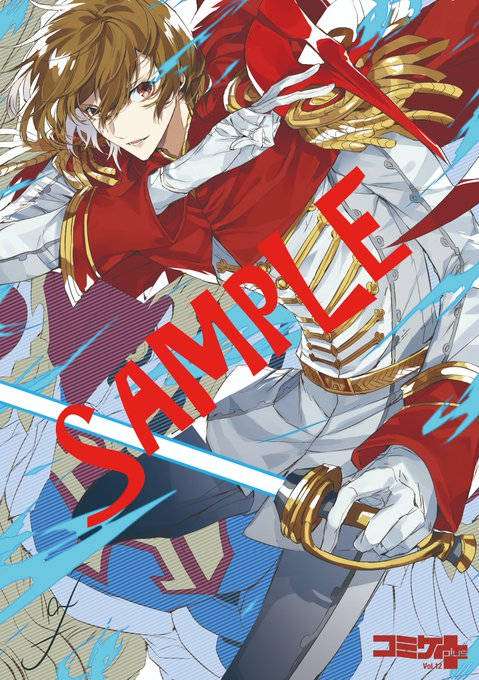 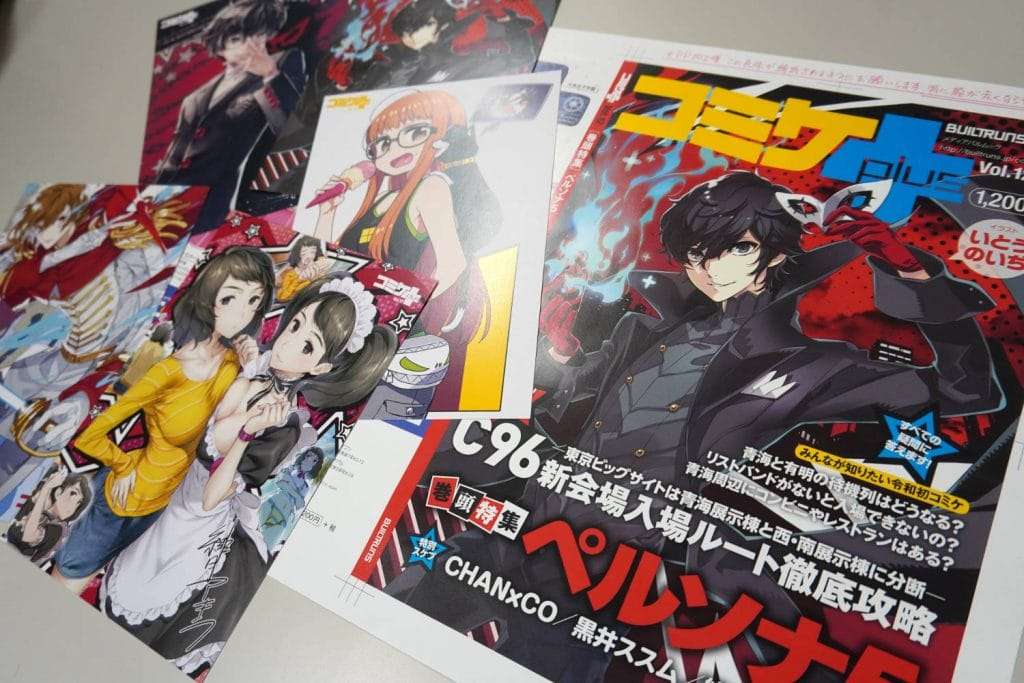 The magazine is currently available for order on the Builtruns website. Comiket Plus Vol. 12 will be released on July 23, 2019.