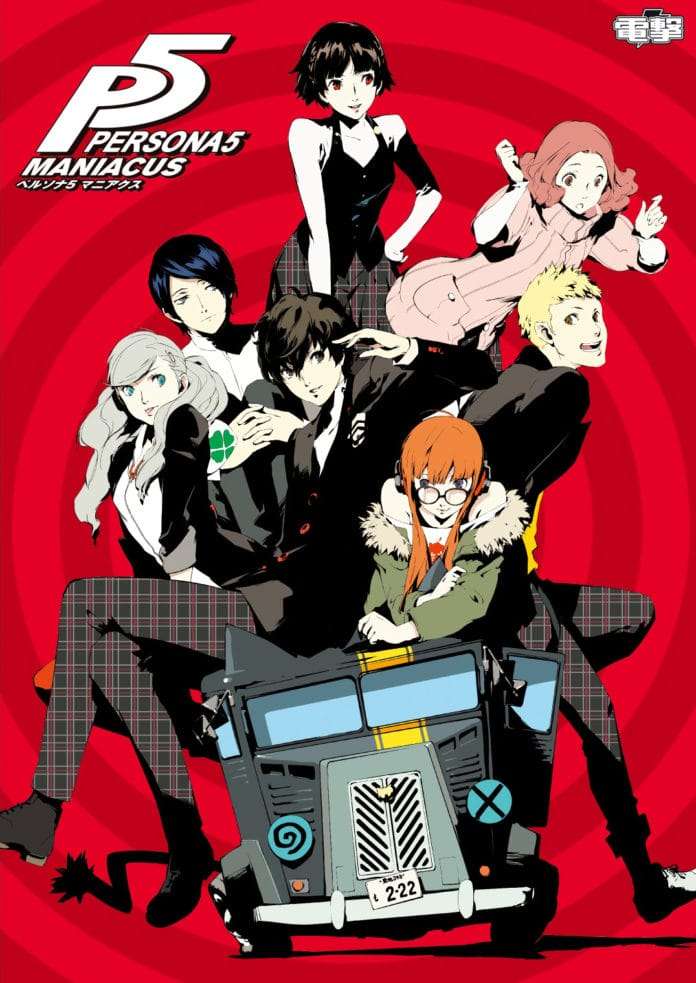 Following the reveal of the Shigenori Soejima illustration that would be on the cover of the upcoming Persona 5 Maniax book release, the complete cover has been released.

Along with information on the game, various illustrations and sketches will be included in Persona 5 Maniax.