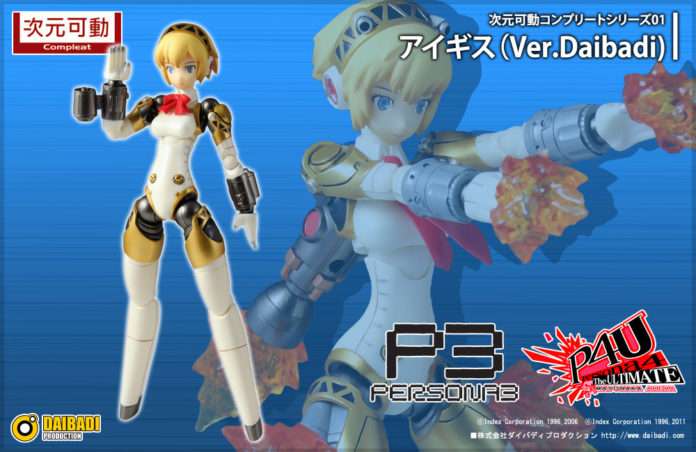 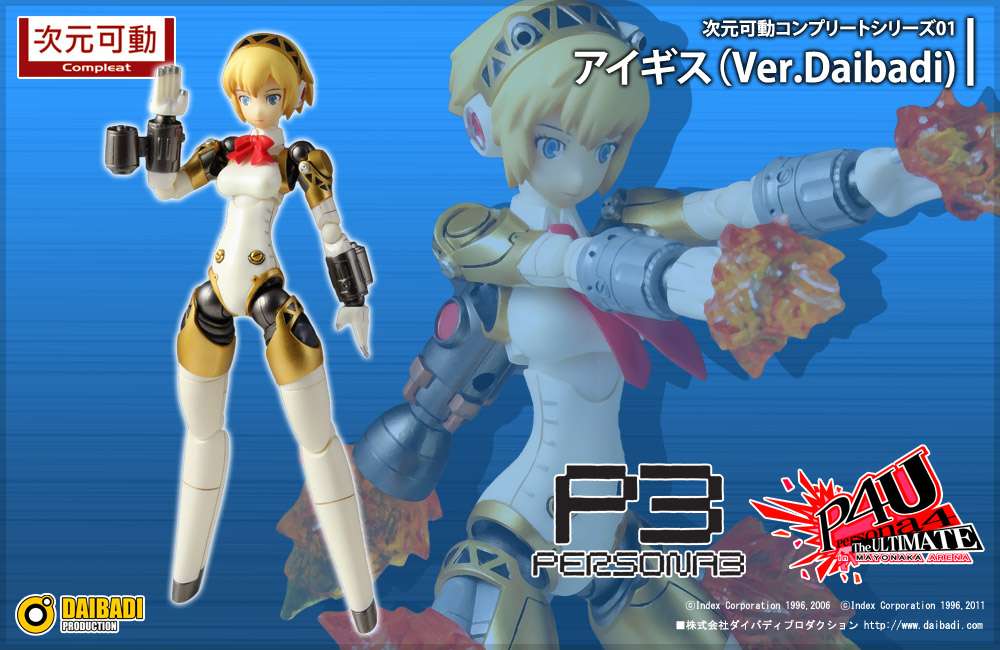 Daibadi Production has announced that pre-orders for their Persona 3 and Persona 4 Arena Aigis figure, releasing in December 2015, will start on July 13.

The Aigis figure is designed to represent both the P3 and the P4A versions of Aigis with retrofit parts. Thrusters can be added to her back, while a variety of effects can be added to her firearms through swappable parts. Her total height is 170mm and she comes with a dedicated pedestal. 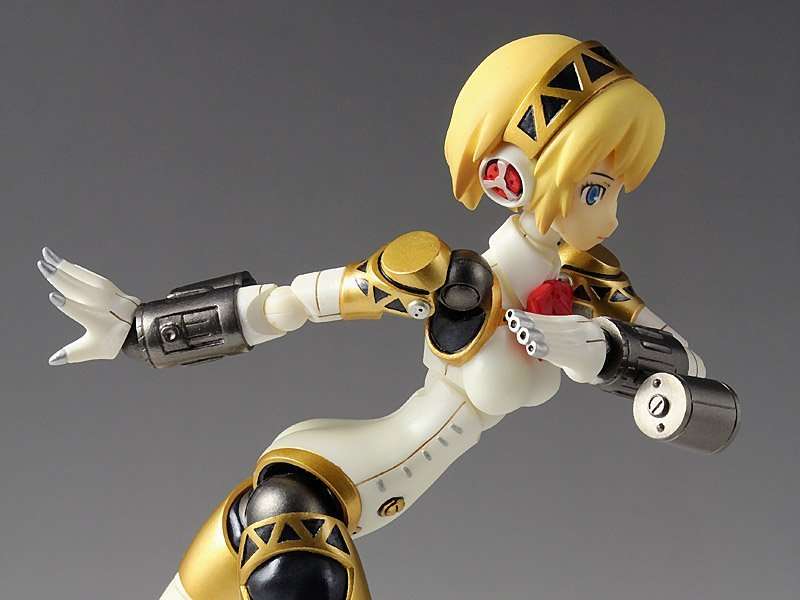 The Daibadi Aigis figure has some history behind it. The figure was actually announced back in July 2012. It resurfaced a year later in October 2013, when Daibadi started his own production company and reworked his older Aigis garage kit as a pre-assembled and pre-painted model. Pre-orders were being taken until November 18th, 2013 with a May 2014 release date, and several promotional shots were released for the figure.

However, on November 1, 2013, Daibadi issued an apology letter explaining that he had to cancel pre-orders and discontinue production of the figure. As it turned out, Complete Movable Dimension Aigis was much more popular than Daibadi had anticipated and, in particular, he received a lot of inquiries and orders from overseas customers, which he was happy for. Because the demand for the product was so high, Daibadi had no choice but to cancel pre-orders and revisit his production strategy in the future for this specific figure.

That brings us to now, where Daibadi has announced that pre-orders for the figure will be opened at select retailers on July 13, 2015 and that it now has a December 2015 release date.