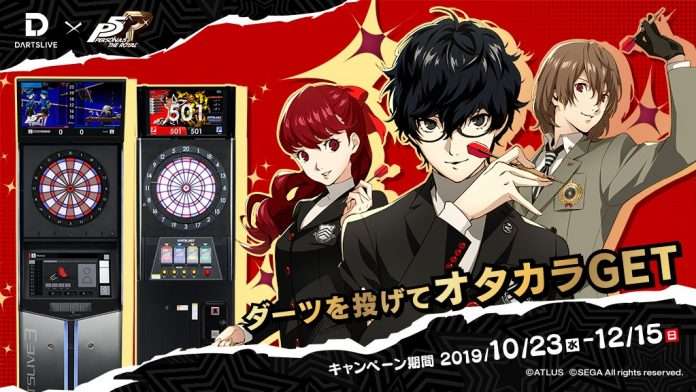 One of the new elements in Persona 5 Royal compared to the original game is the ability to invite the protagonist’s friends to play a perfect in-game reproduction of a DARTSLIVE3 darts machine, in the new Kichijoji location.

It’s been announced that a “DARTSLIVE x Persona 5 Royal” collaboration campaign will be starting next week, with the Phantom Thieves finally coming to DARTSLIVE. The official website for the collaboration can be found here.

The campaign will last from October 23 to December 15. The machines in question will be the DARTSLIVE3 and DARTSLIVE2 machines. Further details will be announced on October 23, 2019. 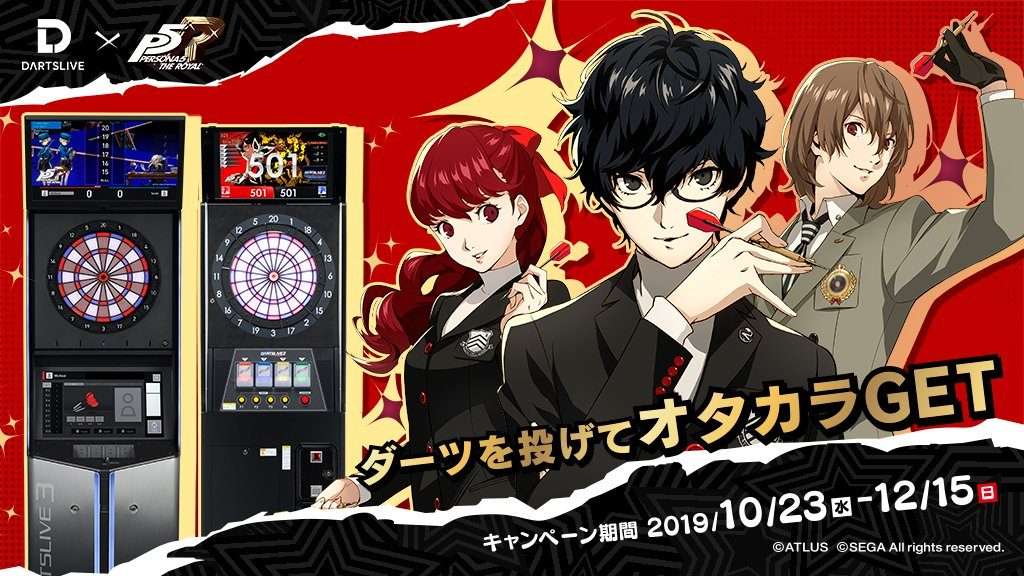 An overview of their system from the official DARTSLIVE website:

You can enjoy other DARTSLIVE services by logging in to your own card page.

DARTSLIVE CARD is an IC Card which records your dart play information. You can buy the card from DARTSLIVE shops. You can continue using one card or own several cards for various play purposes such as competition, casual play, league and etc. Buy the DARTSLIVE CARD and login to the card page!