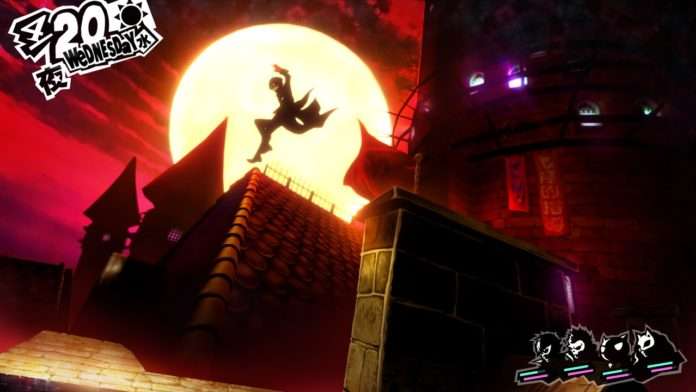 Following the dissolution of Atlus USA’s publishing partnership with NIS America in April 2016, Deep Silver (publisher of Saints Row and Dead Island) has been announced as Atlus’ new publishing partner for their games in Europe.

This includes the announcement that Deep Silver will be bringing Persona 5 and Shin Megami Tensei IV: Apocalypse to Europe, however no specific release date has been given as of yet.

Take a seat real quick, Europe; we need to talk. I know we haven’t always gotten along together, but that’s the past. And the past is the past. We’re looking toward the future. And it’s a bright one, because Atlus U.S.A. and SEGA of America are partnering with Deep Silver to release multiple upcoming titles in Europe.

Wait, am I talking about Persona 5? You bet I am. Oh, and there’s more! Shin Megami Tensei IV: Apocalypse too. And the SEGA title 7th Dragon III Code: VFD. All releasing in Europe in both physical and digital form. And it doesn’t stop there, more ATLUS and SEGA titles are in the works for this publishing deal.

We don’t have any timetables for any release dates yet (it’s safe to say 7th Dragon III Code: VFD won’t ship simultaneously), but we’ll have more on release dates in the coming weeks.

The publishing deal will cover the wide array of future titles for both physical and digital versions across PAL territories, including the SEGA title 7th Dragon III Code: VFD, and the ATLUS titles Shin Megami Tensei IV: Apocalypse, and the hotly anticipated Persona 5.

“We are delighted to have signed this publishing partnership and look forward to using all our pan-European publishing network to maximize the potential of the ATLUS and SEGA games” said Dr. Klemens Kundratitz, CEO of Koch Media/Deep Silver.

“In entering this partnership with Deep Silver, I am truly delighted we will be able to release our titles in the European regions,” said Naoto Hiraoka, CEO, Atlus U.S.A., Inc., and senior vice president of publishing, Sega of America, Inc. “Not only does the deal span multiple titles, but Deep Silver has a strong presence in European and PAL retailers. They have a strong passion for being able to deliver physical games to our fans in those territories, which we hold in high regard.”

More news to follow shortly on these exciting titles!

The next question out of your mouth I’m sure is “but why? You have SEGA Europe, use them!” Yes, we do have a European branch, but they’re very much their own business, and as a business unit, SEGA Europe focuses on our Western IP titles – the titles developed by our Western studios such as Creative Assembly, Relic Entertainment, Sports Interactive and in partnership with studios such as PlaySport Games. With the majority of those titles being released on PC, we’ve seen an evolution of SEGA Europe into a more digitally-centric business over the last few years. For any packaged releases of SEGA Europe Western IPs they already partner with Deep Silver to bring those titles to market in Europe. It made sense to mirror that partnership with the SEGA of America-managed Japanese IP titles which currently have a heavier bias towards physical release. Sega Europe will still be publishing Yakuza 0.

Via the SEGA Blog.