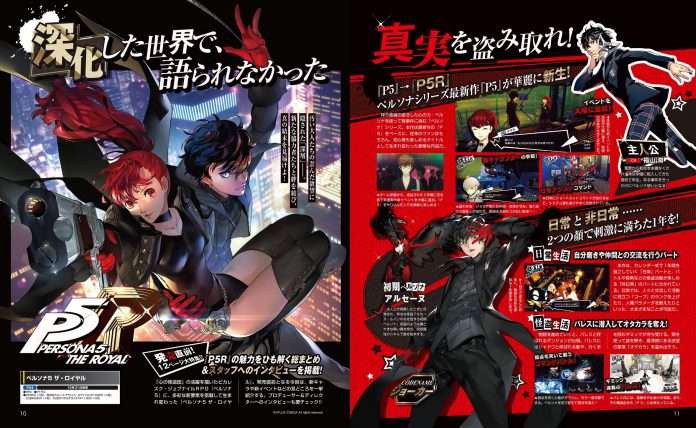 Today’s issue of Dengeki PlayStation Vol. 681 features Persona 5 Royal. With special art on the cover, the magazine also includes a 12-page feature with an overview of the game, and a developer interview with producer Kazuhisa Wada and director Daiki Ito.

Excerpts from the developer interview can be read in a previous post. 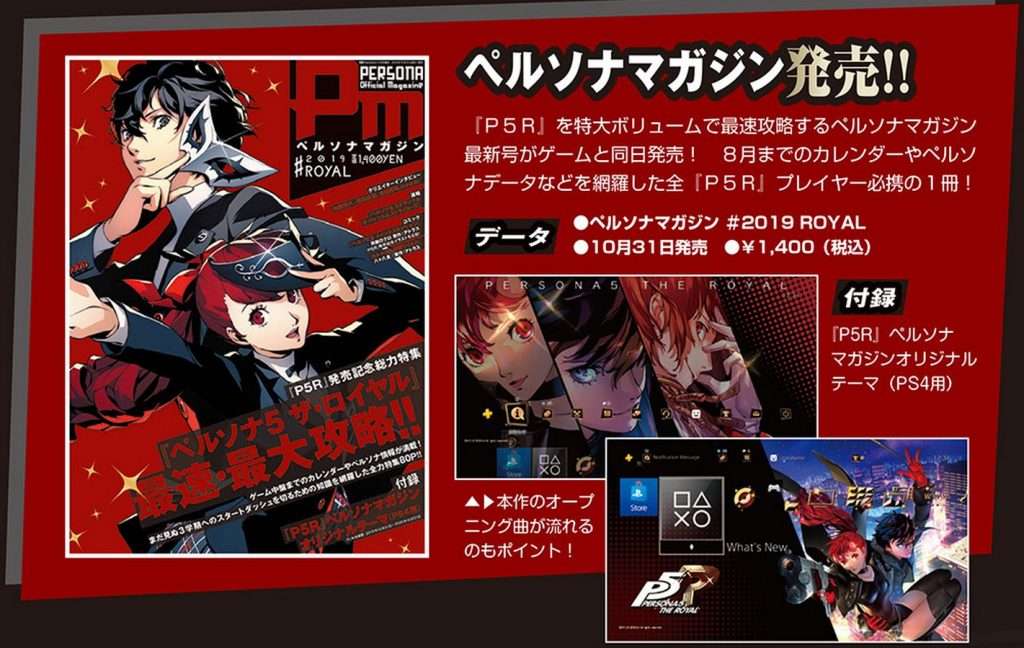 This Dengeki PlayStation feature for Persona 5 Royal includes details on the upcoming issue of Persona Magazine #2019 ROYAL, releasing on October 31.

The magazine will feature the following:

The magazine will include an exclusive PS4 theme for P5R, with the featured song being the main theme, “Colors Flying High.”