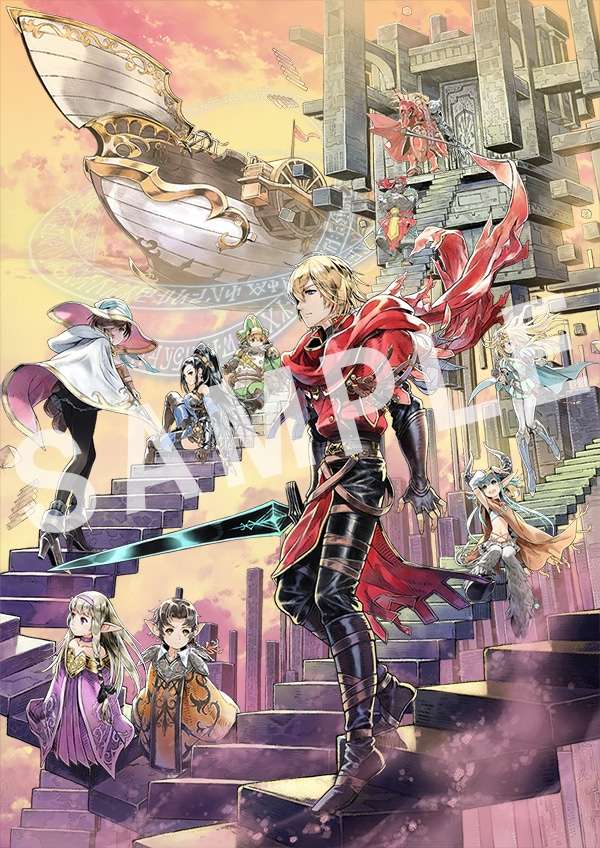 In a new blog post by Radiant Historia director Mitsuru Hirata, he has confirmed that development on the upcoming Perfect Chronology 3DS remake of the 2010 fantasy RPG has been completed.

The game is set to release in two months in Japan, on June 29th. Radiant Historia: Perfect Chronology was initially announced a month ago, with a statement from the staff that its development was 95% complete at the time.

With the development of the game having been finished, Hirata says that work to perfect the “Perfect Edition” limited edition release of the game continues.

A special box with the cover illustrated by character designer Masaki Hirooka. The illustration has been recently revealed:

Including the original portrait illustrations from Radiant Historia for the main characters, and four character-specific event scenes which will be detailed at a later date.

A two-disc CD set covering all of the music from the original DS release, as well as the 3DS version. This includes the opening song, and 5 arranged versions of previous DS songs.

There will also be new arrangements that will be detailed at a later date.

Hirata says he is having a tough time putting together the art book as it is the first time he is handling one, but he is getting help from the art director.

The 100-page, full color art book will include artwork from Hirooka and CHANxCO, including concept art, boss designs, environment art, a chronological history of the Vainqueur continent, a glossary, a developer interview, etc. It is still in development.