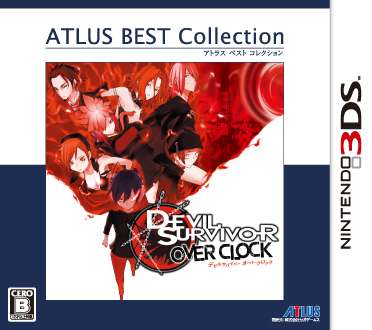 Both the physical and digital releases of Devil Survivor Overclocked‘s budget version will cost 2,980 yen (excluding tax) and will be released on December 3, 2015 in Japan.

The SRPG Shin Megami Tensei: Devil Survivor Overclocked was originally released in September 2011, and this was a promotional trailer for it:

The “Atlus Best Collection” is a budget line label for Atlus re-releases. The latest game re-released with that label was the Nintendo 3DS RPG Shin Megami Tensei IV on October 8, 2015 for 2,980 yen.

Shin Megami Tensei: Devil Survivor Overclocked will also have a discount in North America, with the downloadable version having a reduced price from October 12 to October 26, 2015.