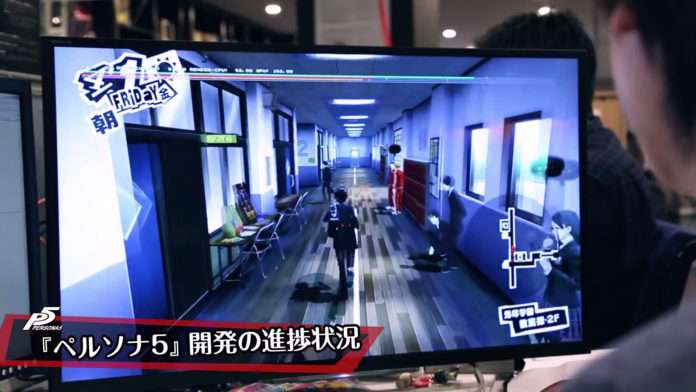 The director for Persona 5, Katsura Hashino, speaks of the game’s development and delay to Summer 2016 in the recently released developer interview for the game.

Siliconera has written a translated overview of the video below:

Hashino says that at the moments, all the “parts” of Persona 5 have been assembled, and they’re currently tuning up the gameplay. In order to meet all the expectations from fans, the chief director and the others are focusing on making Persona 5 into a more complete game, so he asks if it’s okay to keep you guys waiting just a little longer.

As for the game’s development, he says that everything is going smoothly, so not to worry about that.

For the trailer that was shown at Tokyo Game Show 2015, the part Hashino wanted to share most with everyone is about the concept of “stealing hearts,” which is done by sneaking into one’s heart in phantom thief-like fashion, and it will be a big focus in the game’s story.

Since Persona 5 is being developed for a new console, Hashino didn’t want to hold anything back and just make a short game, so instead, they’re packing the game with all kinds of content, and it’ll be the most voluminous title the series has yet to see as far as gameplay and play time goes.

For the main cast, Atlus got help from very talented individuals, so Hashino says that you can expect great things out of everything, from event scenes,to battle sequences and dungeon play.

To end the video, Hashino asks if all of you enjoyed the recent trailer, which he believes had a lot to share. However, regarding the development delay of the game, he deeply apologizes to everyone that has been waiting in anticipation for so long. That said, he feels that in order to make the game into something more complete, and something that can provide players with a better experience, more time will be needed, so he asks if you can wait just a little longer.