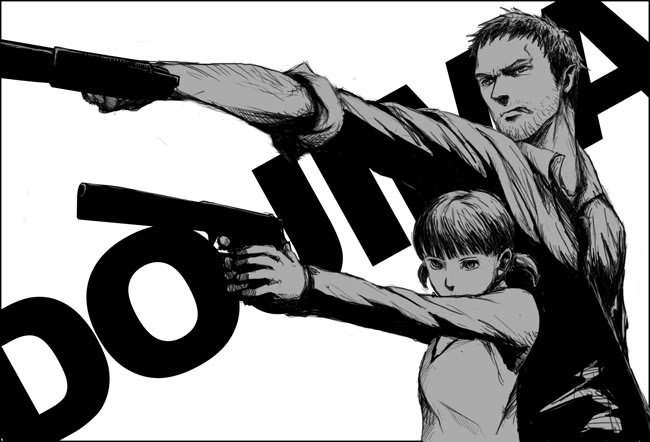 On March 23, 2012, a 4Gamer interview with Toshimichi Mori, producer of Persona 4 Arena and the BlazBlue series, revealed that both Arc System Works and Atlus had contributed to a list of potential Persona 3 and Persona 4 playable characters for Persona 4 Arena. According to programmer Takumi Iguchiya, Aigis, Akihiko and Mitsuru were included in this list from the beginning.

Mori revealed that Ryotaro Dojima was on that list as well, despite his lack of a Persona. Iguchiya joked that he would have summoned Nanako instead, but Atlus would not have been too happy with that idea.

Recently, on July 4, 2013, Siliconera had an interview with the Mori and president of Arc System Works Minoru Kudooka. In that interview, Mori stated that they answered to Atlus’ requests during development of Persona 4 Arena and that the most they could do was suggest characters.

As an example, he asked if they could make Ryotaro Dojima a character and they denied. Nanako was also suggested, and he states that Atlus’ response was akin to, “Hell no. Why did you even think that?” He believes that the reason those requests were rejected was because they were not as well known as other suggestions.