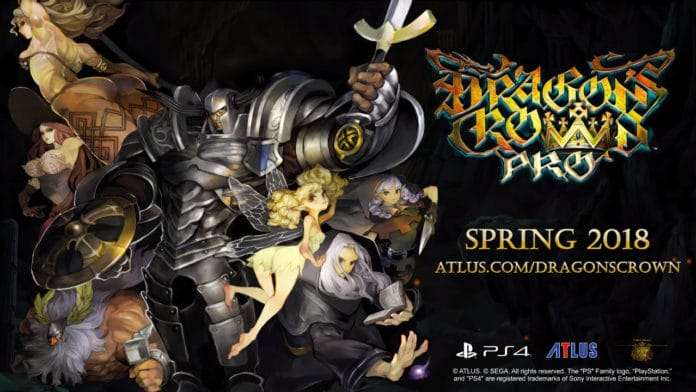 Following the hint that Dragon’s Crown Pro would be getting a Western release through a list of playable titles that would be present at PlayStation Experience 2017, Atlus USA has officially announced the North American and European release of the upcoming remake.

IRVINE, Calif. — Dec. 6, 2017 — It’s time to bravely venture back to face the horrors of Wallace’s Underground Labyrinth, battle monstrous orcs in Bilbaron Subterranean Fortress, and go on a magic carpet ride in the Mage’s Tower because Dragon’s Crown Pro is coming to the West in Spring 2018!

This remaster of 2013’s acclaimed 2-D hack and slash couch co-op, beat ’em up action game from Vanillaware and ATLUS will be returning to the PlayStation®4 and PlayStation®4 Pro in 2018 for $49.99 USD and $64.99 CAD! With updated visuals and presentation for the current-gen, hunting for treasure in the Kingdom of Hydeland has never been more rewarding. 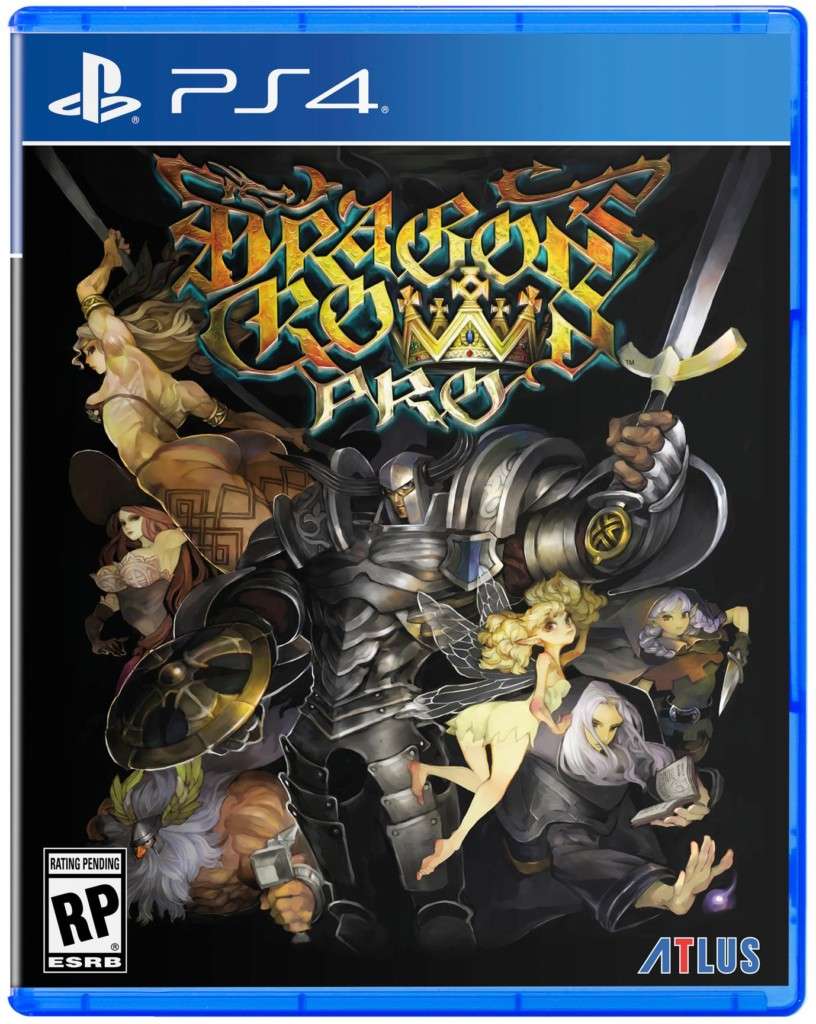 As with the original release, Dragon’s Crown Pro features groups of heroes that face dreadful challenges in the labyrinthine dungeons surrounding the medieval fantasy kingdom of Hydeland. As they explore deeper into the dungeons, non-player characters such as Samuel the Adventurer’s Guild leader and Lucain, the wizard come in to play with quests and tasks to complete. Use six adventurers (Fighter, Dwarf, Amazon, Wizard, Elf, and Sorceress) and their unique abilities to unravel the story behind the ultimate treasure, the Dragon’s Crown.

Dragon’s Crown Pro will be available to play hands-on at PlayStation Experience 2017 in Anaheim on Dec. 9 and Dec. 10. Check out all of the improvements and witness the game in 4K glory at the ATLUS/SEGA booth (Hall B, #B210)!

Dragon’s Crown Pro will be available physically and digitally on the PS4 and PS4 Pro in Spring 2018. The game will be priced at $49.99 USD / $64.99 CAD (with commensurate European pricing) and has not yet been rated by the ESRB. For more information, please visit atlus.com/dragonscrown.