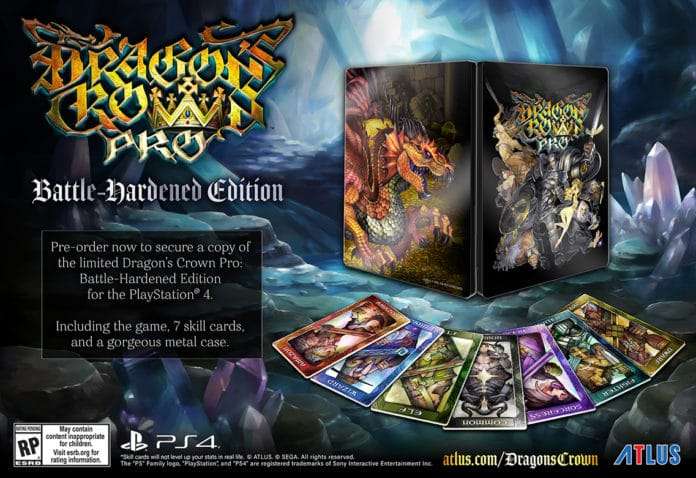 Atlus USA has announced that pre-ordering a copy of Dragon’s Crown Pro in North America will secure a copy of the “Battle-Hardened Edition” of the game.

This edition will include seven collectible skill cards, featuring the game’s character classes. It will also come with a limited edition case. 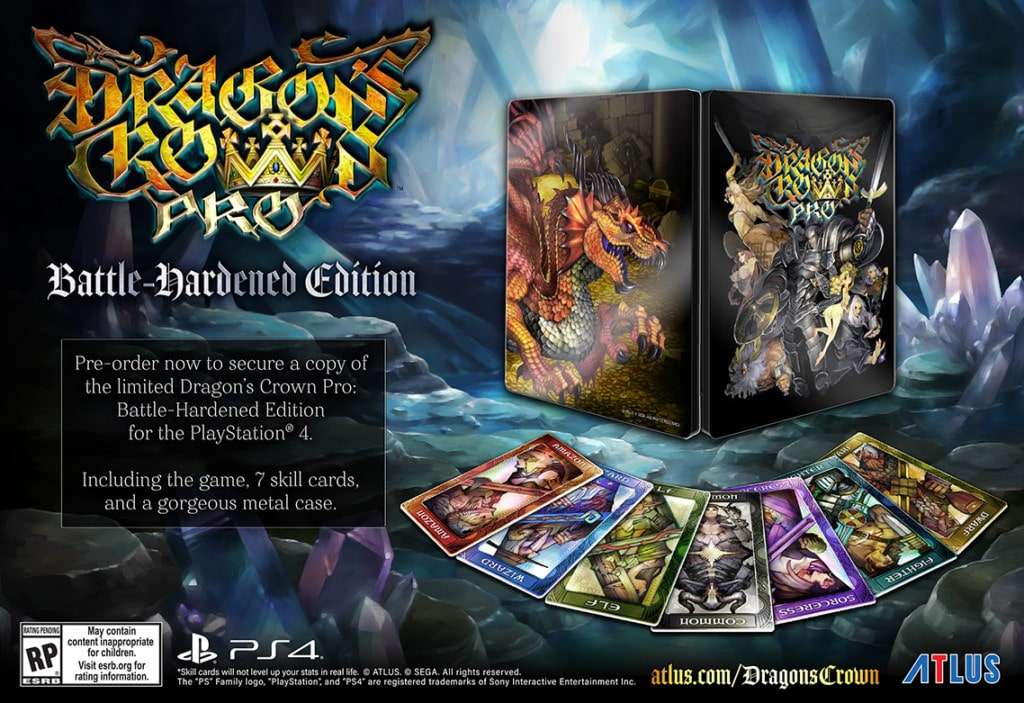 This remaster of 2013’s acclaimed 2-D hack and slash couch co-op, beat ’em up action game from Vanillaware and ATLUS is returning in Spring 2018 to the PlayStation®4 and PlayStation®4 Pro for $49.99 USD and $64.99 CAD. To pre-order, visit: www.atlus.com/dragonscrown.

English gameplay footage of Dragon’s Crown Pro was previously shown via a gameplay demo at the PlayStation Experience 2017.