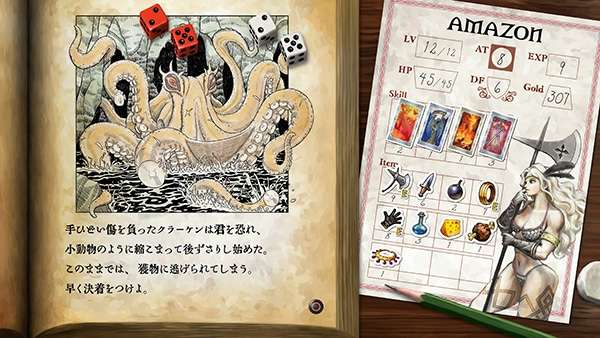 Atlus has now announced that the Vanillaware developed game’s release date has been moved to February 8, 2018.

The previously released trailer has been reuploaded to represent this change:

Additionally, a DLC digital game book called “Treasure of Demon Island” will be offered as limited downloadable content with first-print copies of the game, for both the standard and limited editions of the game.

Featuring the six adventurers from Dragon’s Crown, they embark on a new adventure in this digital game book. Once you have chosen your favorite adventurer, shake the dice and rely on courage, determination, and good fortune to overcome the fearful monsters and dangerous traps to obtain the mysterious hidden treasure. It’s a nostalgic, retro game book.

The game will feature online multiplayer cross-play compatibility between the PlayStation 3, PlayStation Vita, and PlayStation 4 versions of the game.