Dx2 Shin Megami Tensei: Liberation, a smartphone Shin Megami Tensei game to be developed by Sega, has been announced via leaks from Weekly Famitsu magazine issue #1501. The game will release on iOS and Android.

The game will be an RPG, and feature two conflicting organisations: “Liberators,” which the protagonist will belong to, and “Acolytes.”

Sega recently launched a teaser site for the title. The teaser site features several character silhouettes, and hints at a collaboration. 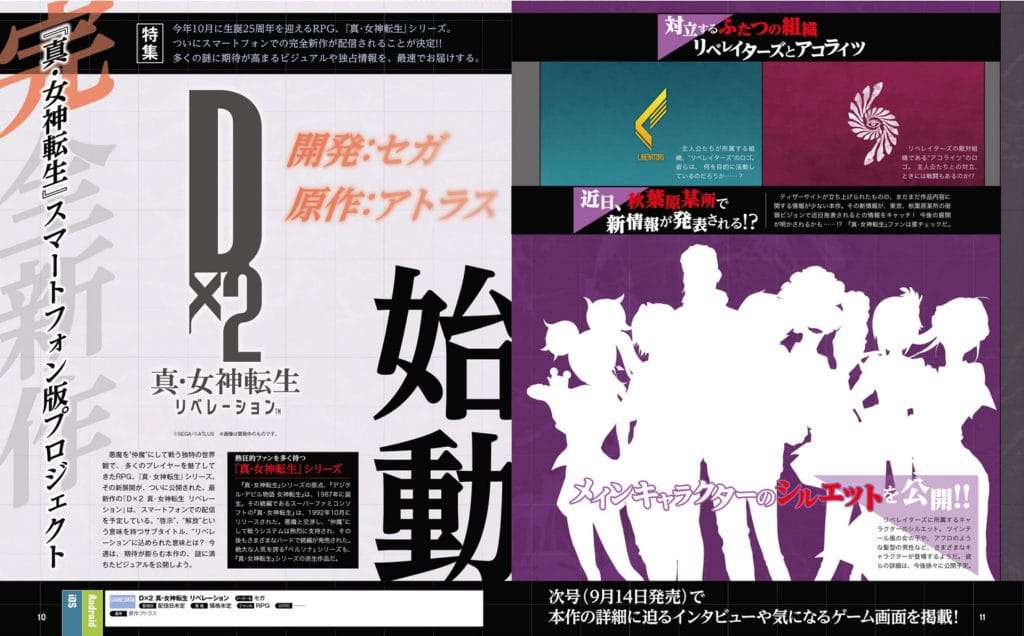