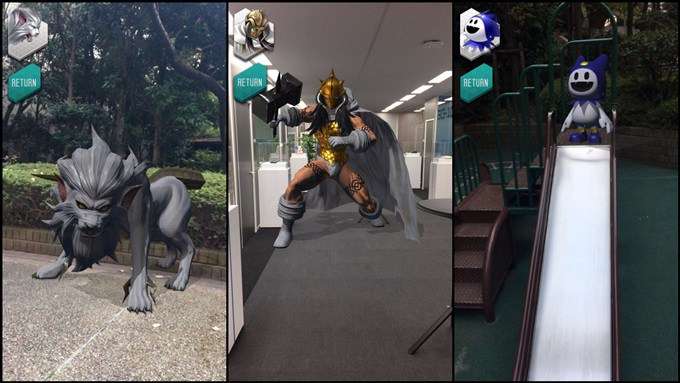 Sega has announced that the upcoming Shin Megami Tensei smartphone game, Dx2 Shin Megami Tensei: Liberation, will be released worldwide. Initially, it will release in Japan, Taiwan, Hong Kong and Macau, with more regions to be announced in the future.

An augmented reality feature has also been announced to be in development for the game, and will be added after launch. This will allow the player to summon demons in the real world, using a smartphone camera. Something more than just summoning demons is also planned.

Three new demons to be featured in the game were also announced: Alice, Susano-o, and Barong.

At the presentation, producer Riichiro Yamada appeared, stating that there have been wishes for the game worldwide, and not just in Japan.

Currently, the game has reached a state of debugging and adjustment, being tested in-house by 200-300 people.