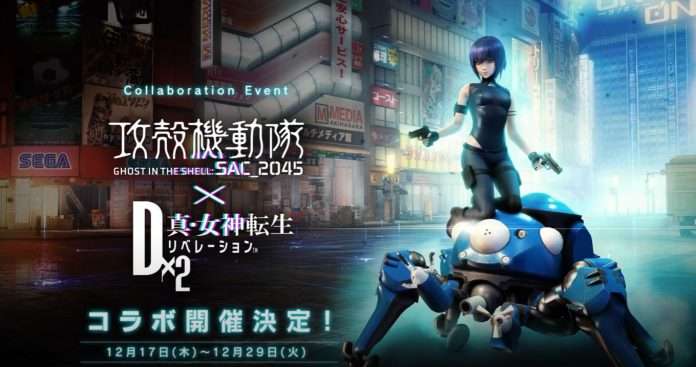 During the Shin Megami Tensei: Liberation Dx2 3rd anniversary live stream, it was announced that a collaboration will be held with the anime Ghost in the Shell: SAC_2045.

The stream also introduced two units which will be obtainable during the collaboration: 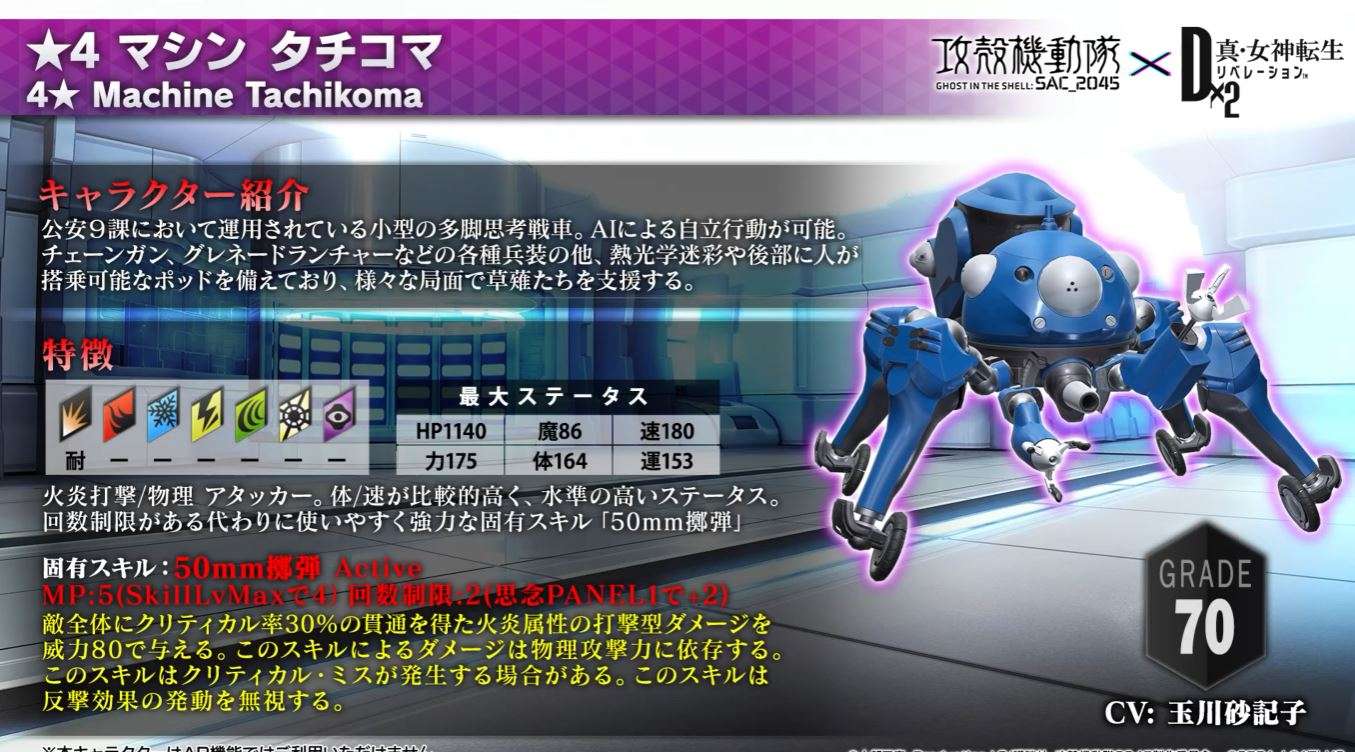 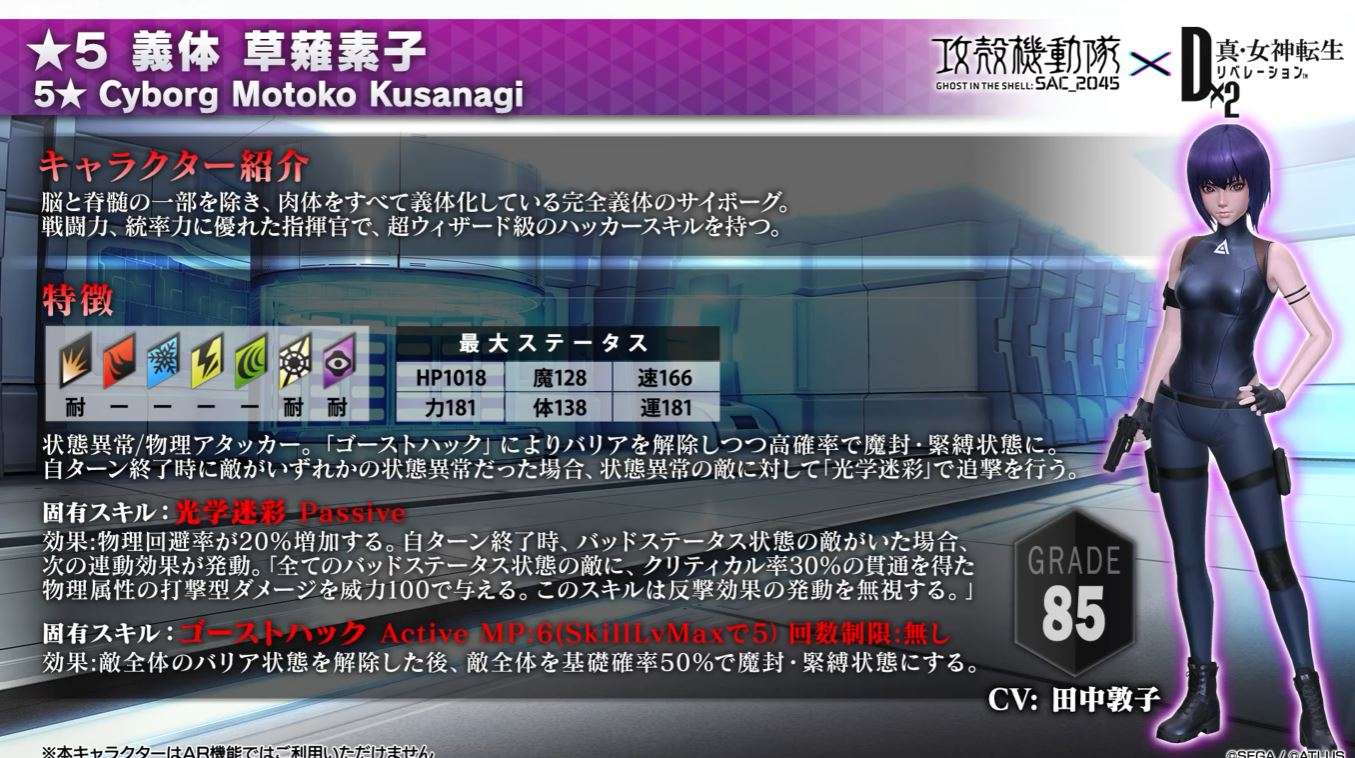 Character details can be seen on the official website.

The 4* Machine Tachikoma will be available as a day 1 login bonus.

The official Japanese webpage for the collaboration has also been launched.

The full 3rd anniversary livestream can be seen below: