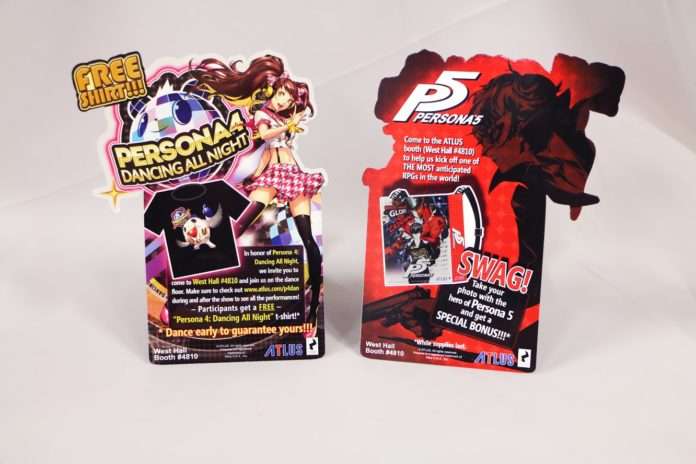 Atlus USA teased this year’s edition of the E3 badge insert via Destructoid last week, and they have finally revealed what the E3 2015 badge holder design looks like. 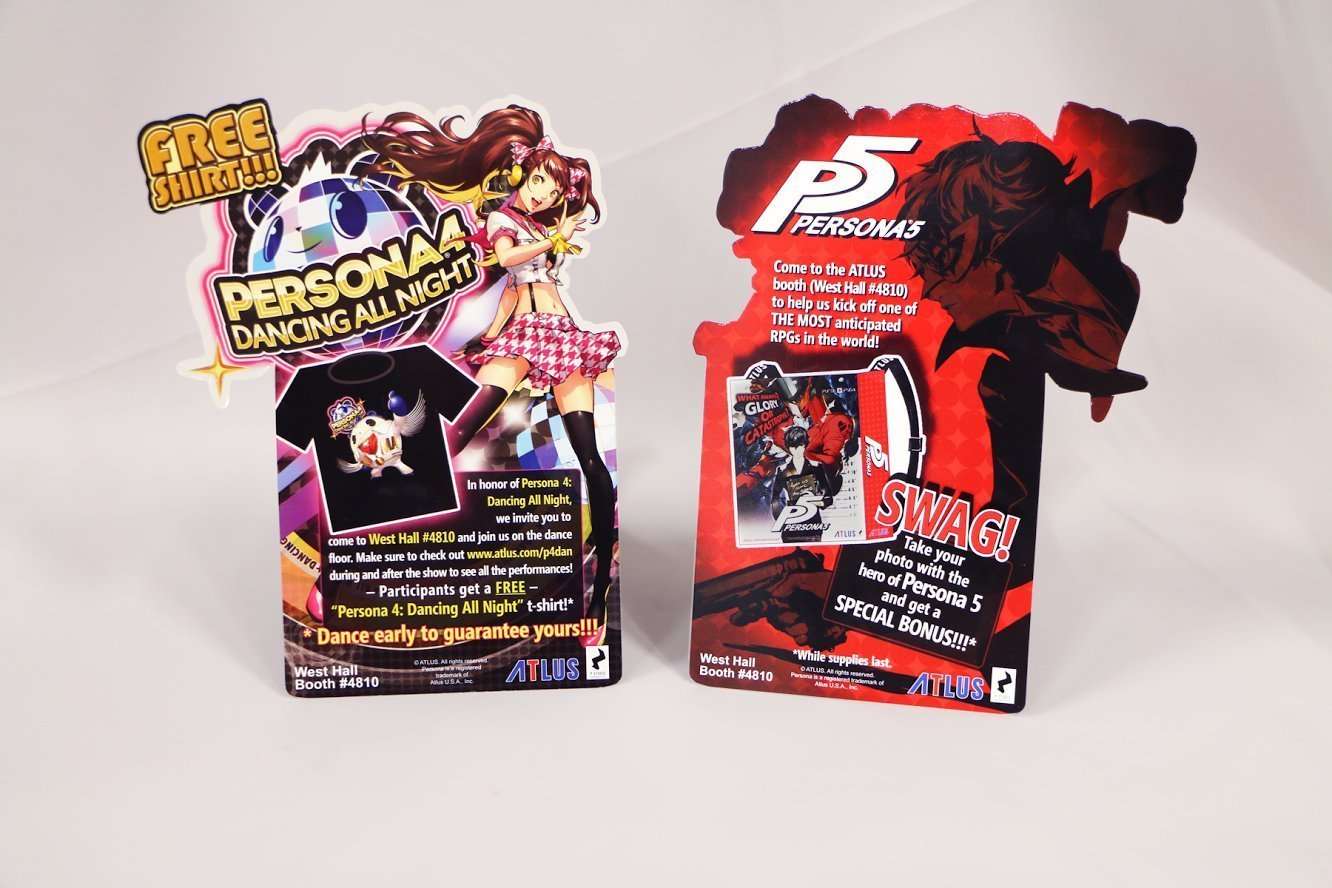 Being the sponsors for the E3 badge holder, for the sixth year in a row, Atlus USA’s E3 2015 badge insert represents two of their upcoming games: Persona 5 and Persona 4: Dancing All Night.

Below is a list of the games that were featured on Atlus’ sponsored E3 badges in previous years.