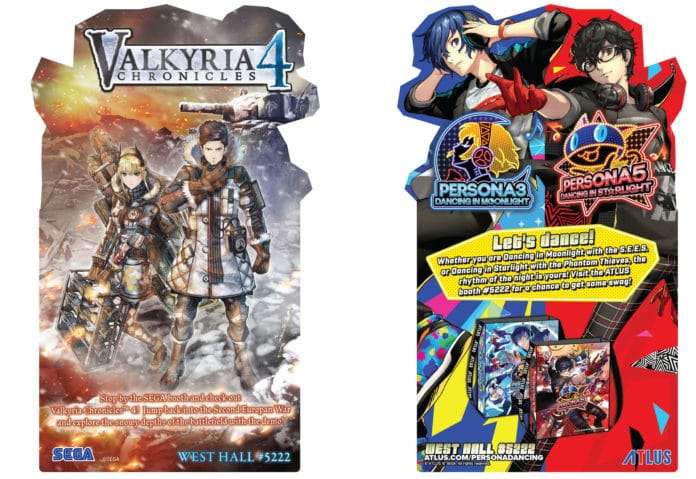 IGN has revealed this year’s E3 2018 badge insert design, which features Persona 3: Dancing in Moonlight and Persona 5: Dancing in Starlight which were recently announced for English localization. 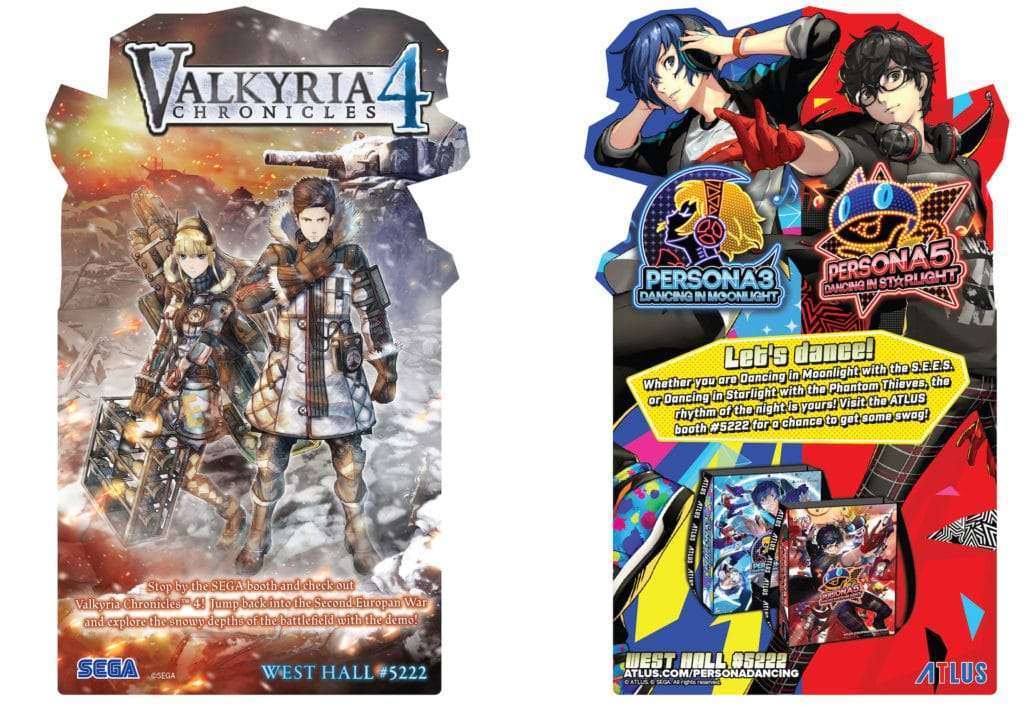 Whether you are Dancing in Moonlight with the S.E.E.S. or Dancing in Starlight with the Phantom Thieves, the rhythm of the night is yours! Visit the ATLUS booth #5222 for a chance to get some swag!

The other side of the badge insert features Valkyria Chronicles 4, which will be playable at the Sega / Atlus booth.

For Atlus, other than the rhythm games, there will be a trailer for Catherine: Full Body played at the E3 2018 show floor as well as live streams. Information on their plans can be found in a previous post. 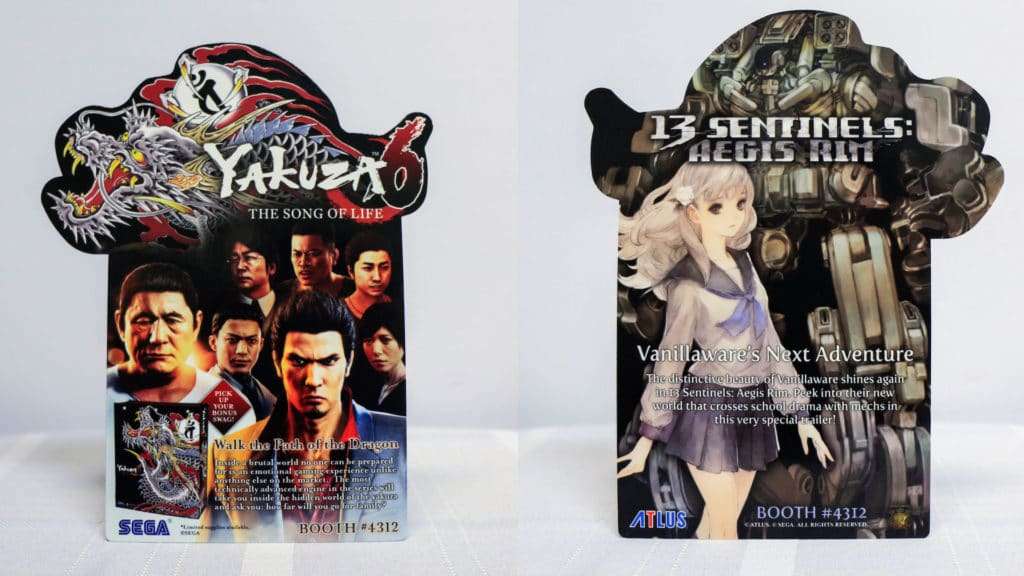 The annual Electronic Entertainment Expo, one of the biggest regular video game trade shows, will take place this year from June 12-14, 2018.