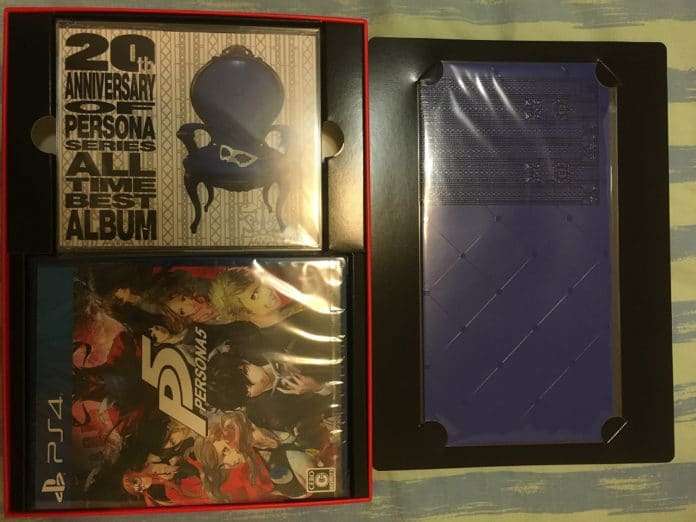 In Taiwan, early Japanese import copies of Persona 5 have been released, and pictures of the limited 20th Anniversary Edition of the game have surfaced.

Other pictures from a different person provided via 2channel:

According to @domipersona, several stores in Taipei City Mall informed their customers that they could pick up the game yesterday, so there are others in Taiwan with early copies of Persona 5.

there are more than 1 person who got it early, several stores in taipei city mall informed their customers to pick up the game yesterday…

As stated above, these are import Japanese copies of the game available in Taiwan. The official Chinese localization of the game will be releasing in 2017.