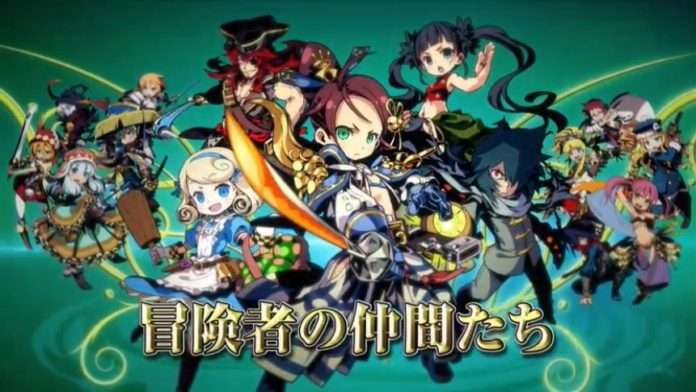 This was shown as another Atlus x Spike Chunsoft collaboration during the Atlus Announcement 2017 (Spring) live stream. The official website has been launched, as well.

Overview of the story via Gematsu:

At the bottom of the Yggdrasil Tree there is said to be an entrance to the “Land of the Gods”—.

One day, you, an adventurer who visited the lakeside town that looks out on this legendary Yggdrasil Tree, meet a mysterious girl.

“I want to go to the base of the Yggdrasil Tree no matter what it takes.”

Just who is this girl? Why does she want to go to the Yggdrasil Tree? Frequently clear “mystery dungeons” and, together with the girl, head for the distant Yggdrasil Tree!

First-print copies of the game will include a “User’s Best Album” with two discs with music from the Etrian Odyssey series. Atlus is collecting votes, from March 26 to April 9, to determine which songs will be included. The soundtrack cover will be illustrated by Yuji Himukai. 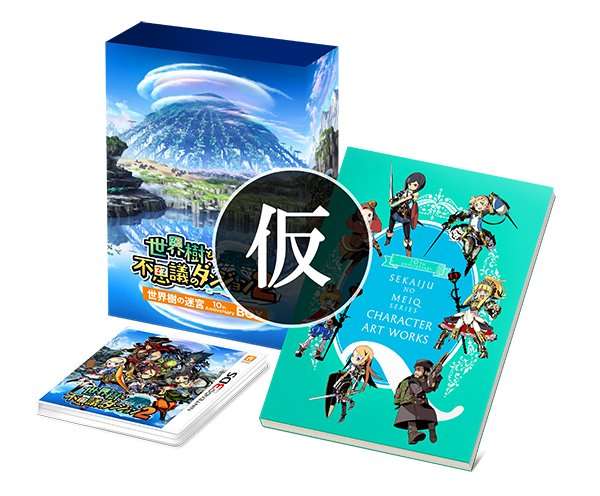 There will be a “10th Anniversary BOX” limited edition of Etrian Mystery Dungeon 2 released for 9,800 yen. It will include: