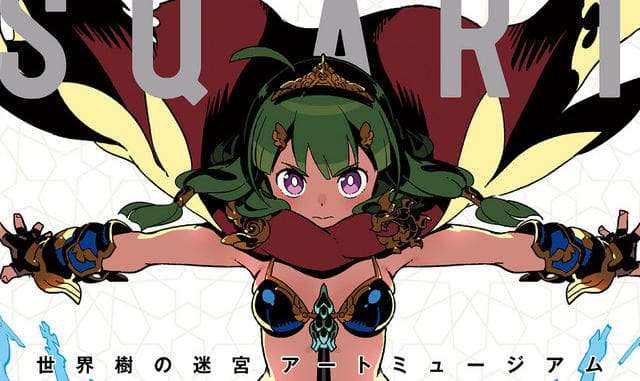 The cover art for the book, by character designer Yuji Himukai, has been made public. 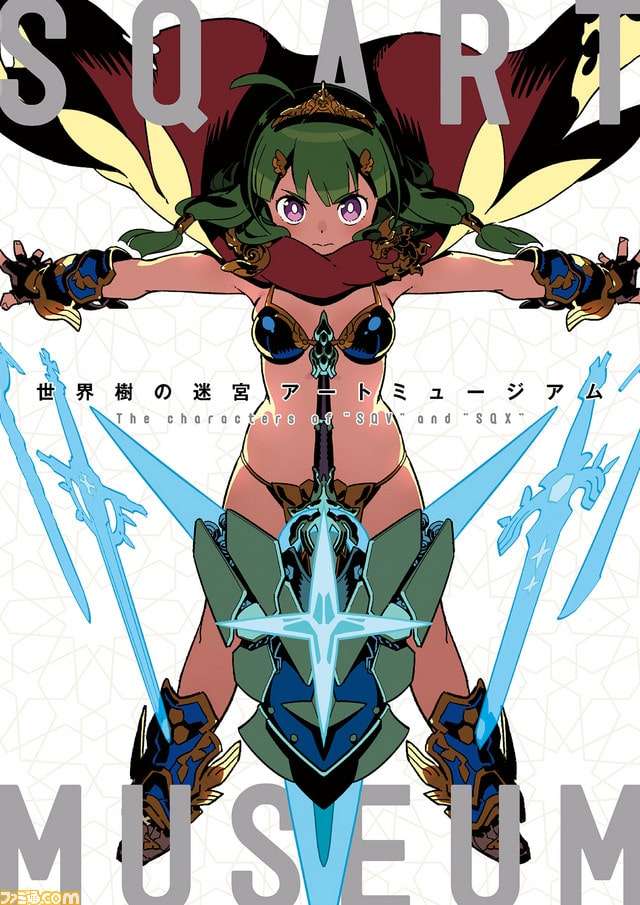 Being the first official art book for Etrian Odyssey V and Etrian Odyssey Nexus, it contains around 1,400 character illustrations by Himukai. Additionally, there is a long interview with leading figures behind the series with interesting questions gathered in advance. An impressive and fantastic read with 384 pages.

The one featured on the cover is the new class of “Hero” who appears in Etrian Odyssey Nexus. Her aura is strong enough to lift up her cape, as she unleashes her powerful technique of uniting “sword” and “shield” into one.

Himukai gives a surprising answer for the intention behind this gimmick in the book. 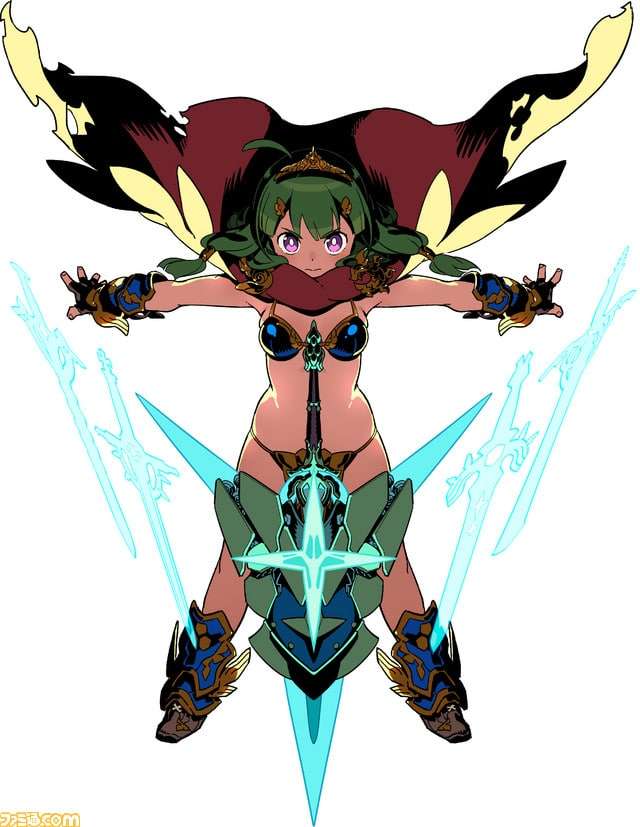 The ebtenDX release will include a clear file, a clear book cover, and a tapestry featuring the cover art.