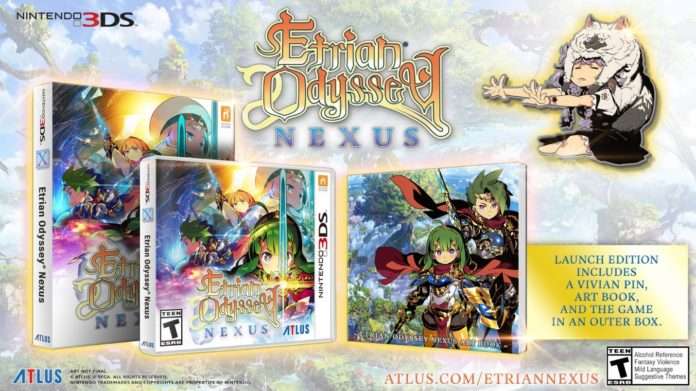 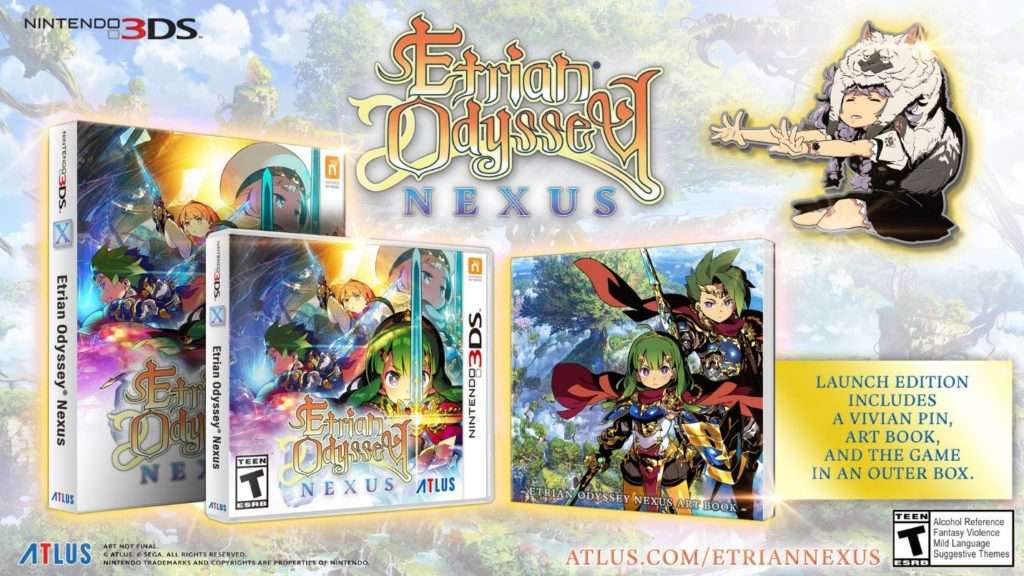 In addition to the game, the launch edition will include a pin featuring the character Vivian and an artbook.

Pre-order Etrian Odyssey Nexus and get this exclusive art book, featuring detailed character art of Yuji Himukai and monster art of Shin Nagasawa, a pin featuring Vivian, the adorable innkeeper, and the game itself – all in a special collector’s box! https://t.co/Vmin6v3WDW pic.twitter.com/igpogc0lGp