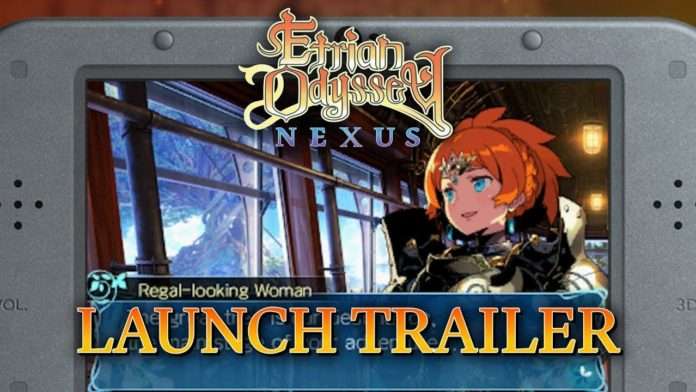 The latest and last Etrian Odyssey game for the Nintendo 3DS has been released in North America and Europe today with Etrian Odyssey Nexus, and Atlus USA has uploaded a launch trailer.

Etrian Odyssey Nexus is now available for the Nintendo 3DS™! Start off by creating your own dream party of legacy Etrian character classes, as well as the brand-new Hero class, and set off on a journey to the cryptic continent of Lemuria. There, you’ll meet a menagerie of eclectic characters, including some familiar faces that long-time fans will certainly recognize from their past adventures. Take your final steps towards the greatest Etrian adventure of all time by checking out the Etrian Odyssey Nexus Launch Trailer!