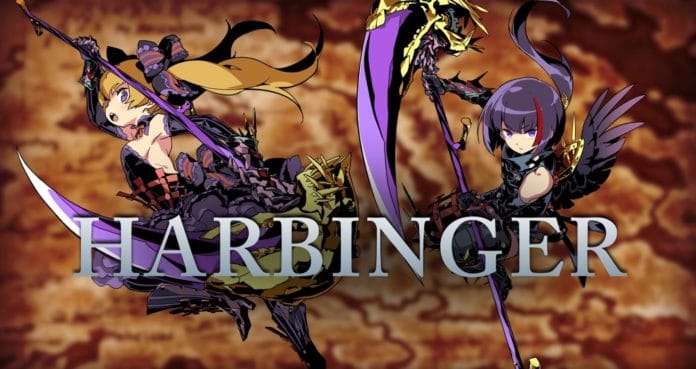 Atlus USA has released a new trailer for Etrian Odyssey V: Beyond the Myth, featuring the Harbinger class.

Wielding both a giant scythe and the mysterious energy known as miasma, Harbingers are reapers of destruction ready to protect you at a moment’s notice. Besides being able to dish out the damage by cutting down swaths of enemies, Harbingers can harness the powers of miasma to help the party or hurt enemies. Using TP, they can summon powerful miasma armor with passive support or status ailment abilities (like curse, paralyze, etc…). Be warned though, wearing the armor will drain a little bit of HP. They might be an unconventional class, but can be a force to be reckoned with in the right hands.

The Harbinger class’ page on the official website can be found here.