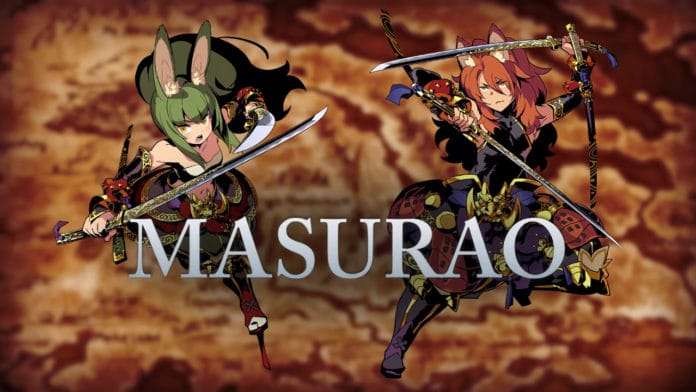 Atlus USA has released a new English trailer for Etrian Odyssey V: Beyond the Myth, this time featuring the sword-based Masurao class.

Do you know what’s really effective against the deadly creatures that call the Yggdrasil tree home? If you said katanas, you’re absolutely right! Luckily, the Therian Masurao in Etrian Odyssey V: Beyond the Myth just so happens to delight in slicing and dicing with beautifully crafted Japanese swords. They can be slotted in the frontline to slash everything in their path and can even attack multiple opponents in a single attack. Oh, they can also lure rare enemies into combat to get better items and gain more experience with the New Challenger skill. The better the skill, the rarer the enemies, and the greater the rewards! The Masurao can specialize in using one sword to become a master of the blade or it can learn to wield up to four of them and become a bona fide sword saint.

The Masurao class’ page on the official website can be found here.