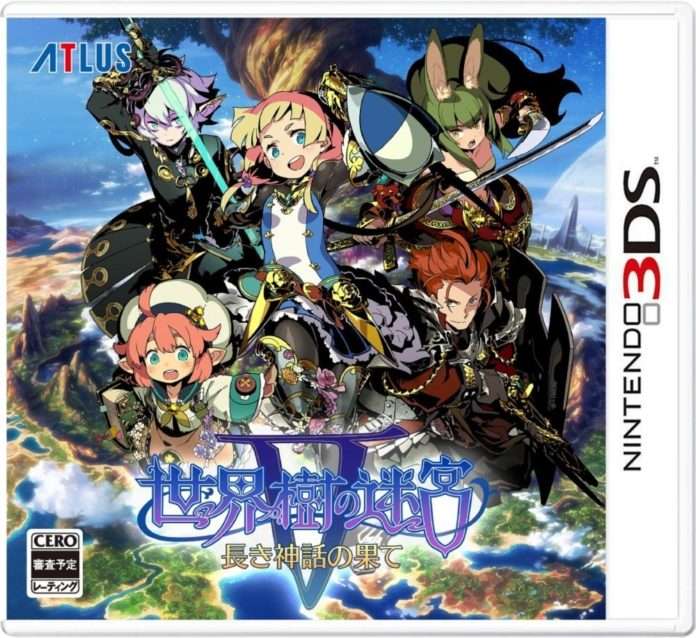 Following the recent announcement of Etrian Odyssey V: The End of the Long Myth releasing for the Nintendo 3DS on August 4th, the box art for the game has surfaced, as well as the contents for the limited edition and an announcement of a “Famitsu DX Pack” release. 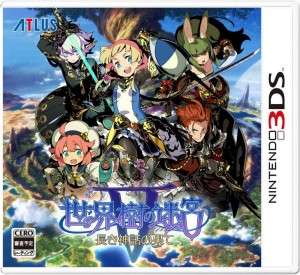 The  standard edition costs 6,998 yen (including tax) and first-print copies will include a preliminary version of the Original Soundtrack. 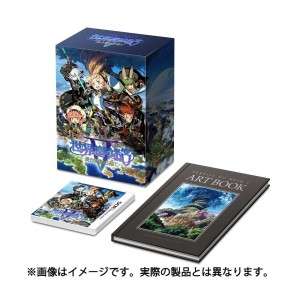 The limited edition of Etrian Odyssey V costs 10,778 yen and includes the preliminary Original Soundtrack, along with an art book, special DLC, and a “special BOX package.”

A Famitsu DX Pack limited release has also been announced for the game.

The regular edition of the Famitsu DX Pack will cost 8,780 yen (excluding tax) and includes a Yuji Himukai illustrated B2 tapestry and a 2-piece mini-plate set.

The collector’s pack vesrsion of the Famitsu DX Pack will cost 12,280 yen (excluding tax) and, in addition to the “Famitsu DX Pack (Regular Edition) contents, it will include the regular limited edition contents of the game for the art book, the soundtrack, the special DLC and the special box.

Finally, there is also a “3D Crystal Set” version for both editions of the Famitsu DX Pack (Normal Version is 12,580 yen + tax / Collector’s Pack Version is 16,080 yen + tax). This includes the contents of the respective Famitsu DX Pack edition, along with a 3D crystal rendition of the “Fencer” class (50 x 80 x 50mm) with a light-up LED stand.

The first direct screenshots of Etrian Odyssey V have been released.