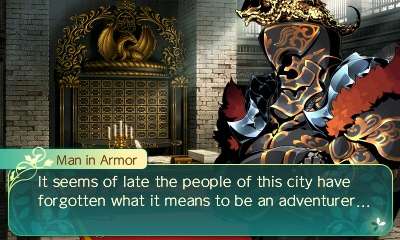 During today’s Nintendo direct, it was announced that a demo for Etrian Odyssey V: Beyond the Myth will release on the North American and European 3DS eShops later today.

The demo will feature the first three floors for the game’s dungeon and cap the player’s level at 10. Save data will be able to be transferred to the full game.

The Yggdrasil tree is now open for the most intrepid of adventurers! Get ready to gather your party and venture forth into the terrifying unknown because the Etrian Odyssey V: Beyond the Myth demo is now available to download.
The demo lets prospective explorers create whatever party their heart desires (every character and class is available) in order to get a head start on all the map-making and FOE-escaping Etrian action. Although the level caps at 10 and the tree can only be explored up until the third floor, parties and progress transfer to the main game when it comes out. There’s no reason to dillydally! Download the demo at the Nintendo eShop today and get a head start on discovering some glorious treasure.