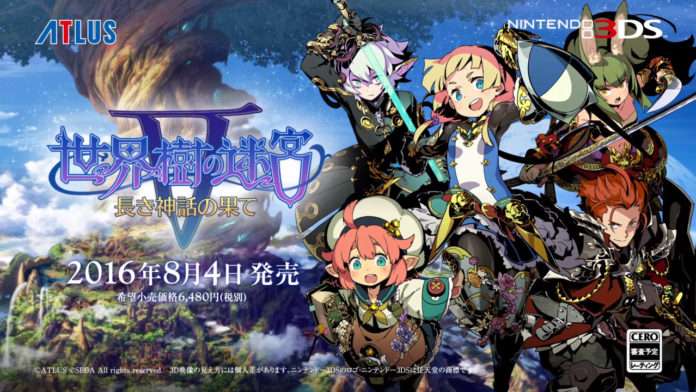 Following the Nintendo Direct trailer shown on March 3, the full first trailer for Etrian Odyssey V: The End of the Long Myth has been released, first shown on the live stream for the game.

The PV01 trailer shows off the character classes, character customization, and the first gameplay footage of Etrian Odyssey V.

The official website has been updated accordingly, along with screenshots for the game and sections for “Story,” “Character,” and “Mapping.”