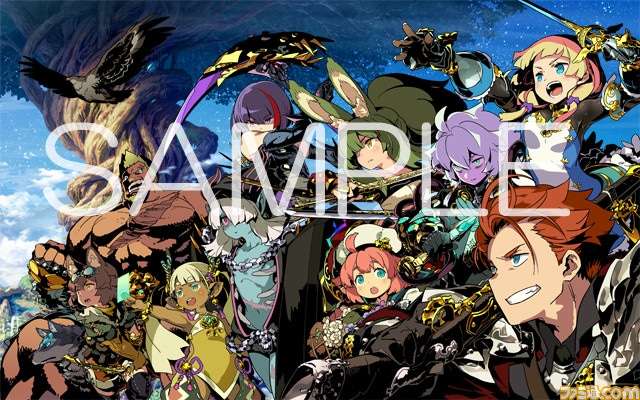 Following the reveal of the Famitsu DX Pack bonuses for Etrian Odyssey V: The End of the Long Myth, Famitsu has shown an updated version of the Yuji Himukai visual B2 Tapestry.

The new design for the B2 tapestry has added a hawk and hound illustrations for the Hound class. 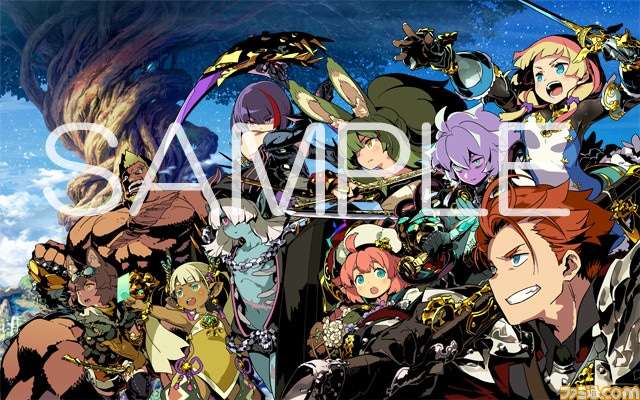 Famitsu has made a comparison image to highlight the differences: 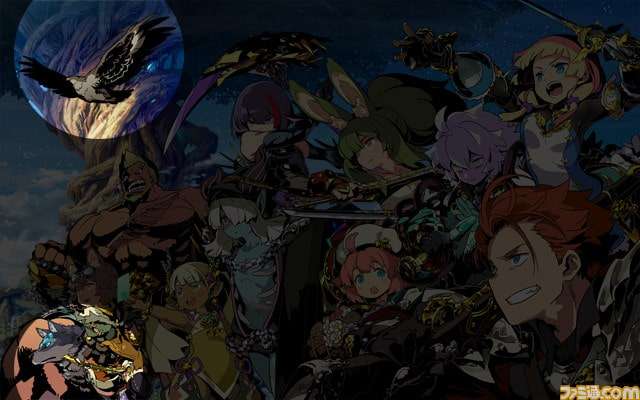 A similar piece of art was used for the cover of Famitsu issue #1422 (released on March 3, 2016), however this was not the completed version. Etrian Odyssey V will also be featured on the cover of the issue releasing on August 4, 2016.

A demo for Etrian Odyssey V was also released today on the Japanese eShop, covering the first part of the game.