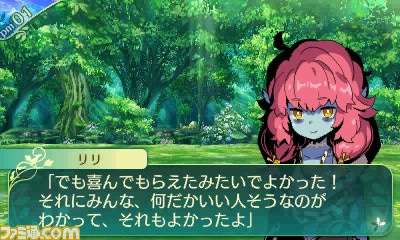 This week’s issue of Weekly Famitsu magazine #1437 will contain a new Etrian Odyssey V: The End of the Long Myth feature for two new class “Titles,” new appearance color options, the guild card exchange process between players and characters that can be encountered while exploring dungeons. 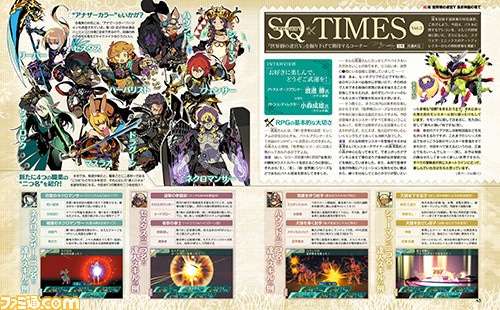 Additionally, the 6-page feature will include an interview with developers of the game: chief planner Masaru Watanabe and director Shigeo Komori on battle-related information.

There will also be a “special contribution” by the World of Final Fantasy (releasing on October 27, 2016 in Japan) art director Yasuhisa Izumisawa. 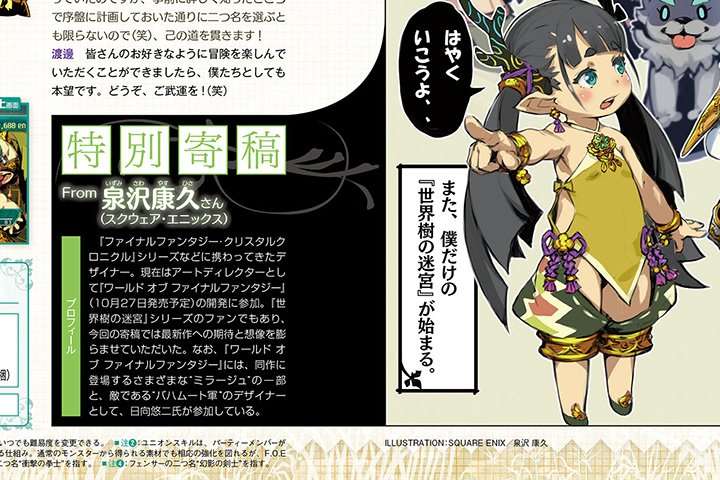