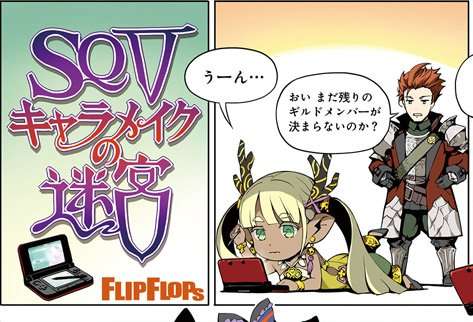 As announced previously, this week’s issue of Weekly Famitsu magazine issue #1431 will contain an 8-page feature for Etrian Odyssey V: The End of the Long Myth. 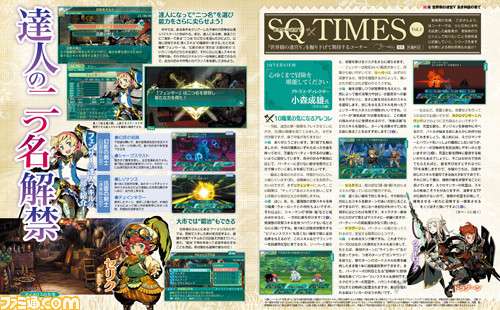 Following the Famitsu feature two weeks ago, five of the eight pages in this new one will be showcasing the different appearance options and skills for the five remaining classes in the game: Cestus, Necromancer, Reaper, Shaman and Hound.

The magazine will also feature information on a new system in Etrian Odyssey V referred to as “two titles.” When a character becomes a veteran, players can choose between two titles for the character to grow more powerful.

The remaining three pages will include a new regular interview series for Etrian Odyssey V with the Atlus director Shigeo Komori who discusses all 10 classes that can be selected in the game, along with special contributions by FLIPFLOP (a manga artist who is also an Etrian Odyssey series fan).