Following the Etrian Odyssey V: The End of the Long Myth Weekly Famitsu magazine preview for issue #1422 (released on March 3, 2016), scans of the 10-page reveal feature for the upcoming 3DS dungeon crawler have surfaced. 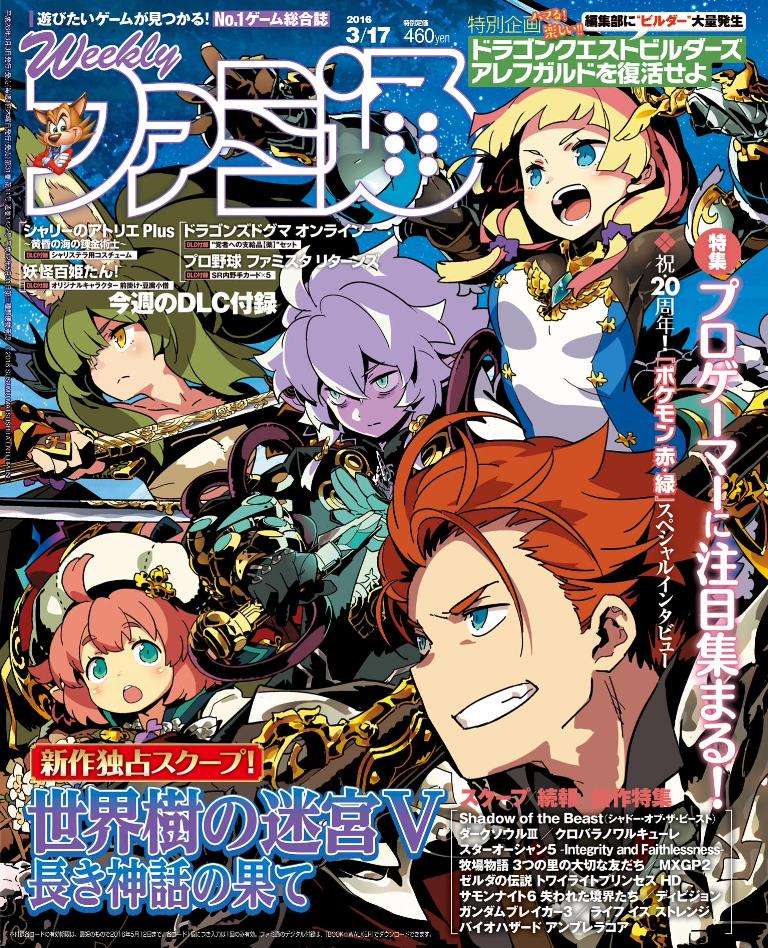 The cover for this week’s issue of Famitsu is illustrated by Etrian Odyssey character designer Yuji Himukai.

The first details of the game revealed from the scans can be found in a previous post. The setting is the land of Arcadia, inhabited by four different races:

The character classes that have been announced thus far are: