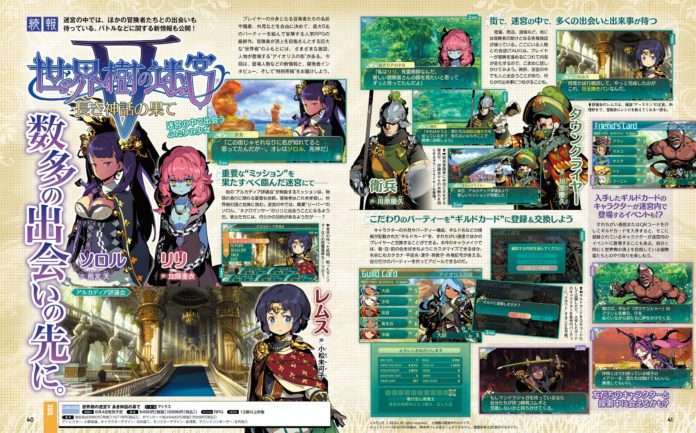 Following the preview for Etrian Odyssey V: The End of the Long Myth in this week’s Weekly Famitsu magazine issue #1437, high resolution scans from the feature have been released. 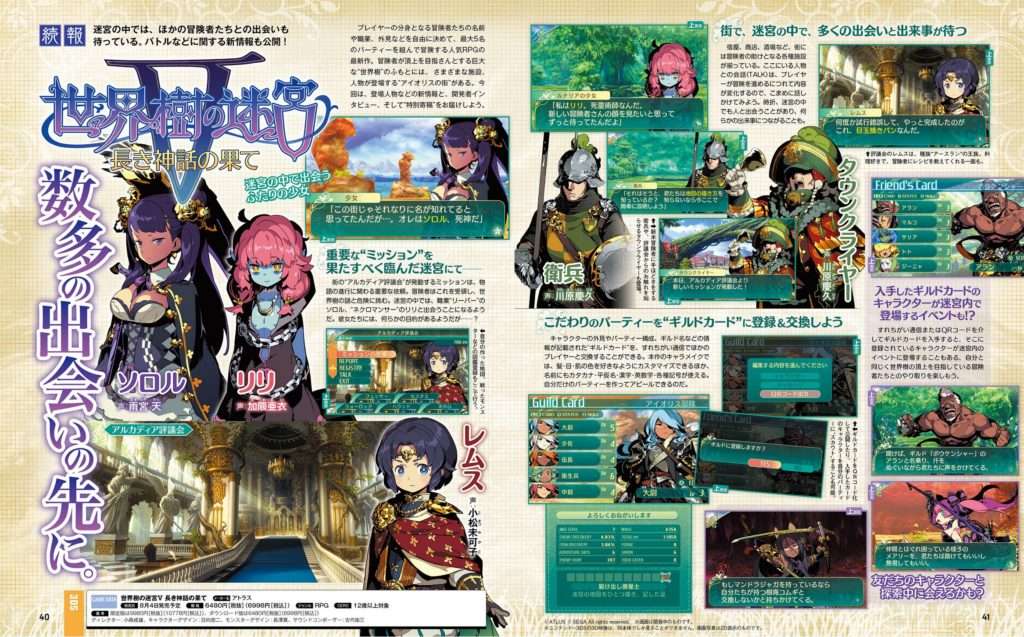 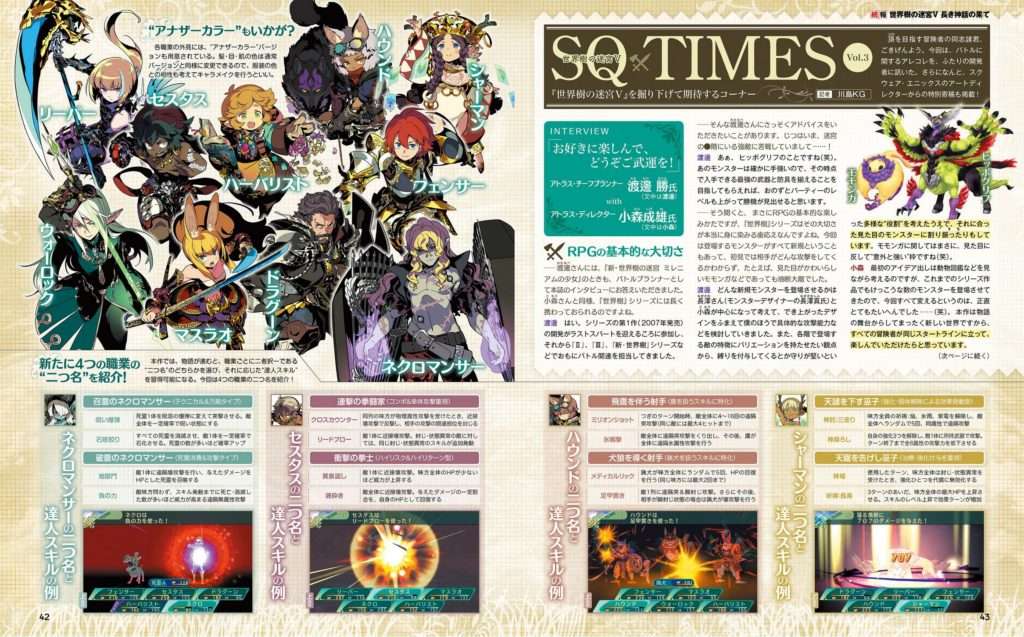 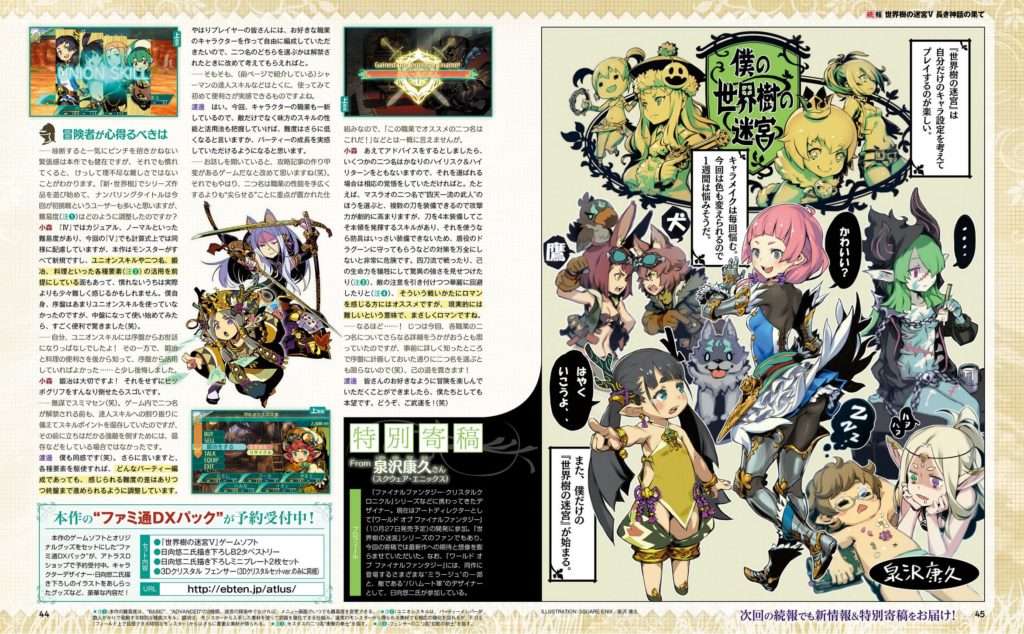 The scans feature new colors that can be used as appearance options for the various classes. There are also new characters featured, some of which appear while dungeon crawling. One of them is called Lili, a necromancer.

A special contribution by the World of Final Fantasy art director Yasuhisa Izumisawa is included in this feature.