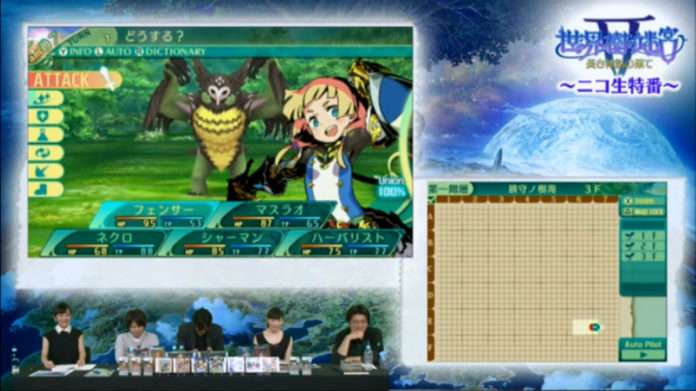 During the Etrian Odyssey V: The End of the Long Myth live stream on March 5, the first gameplay footage for the upcoming dungeon RPG was shown off.

They then proceeded to demonstrate normal dungeon exploration and combat, ending with a battle against an FOE enemy. 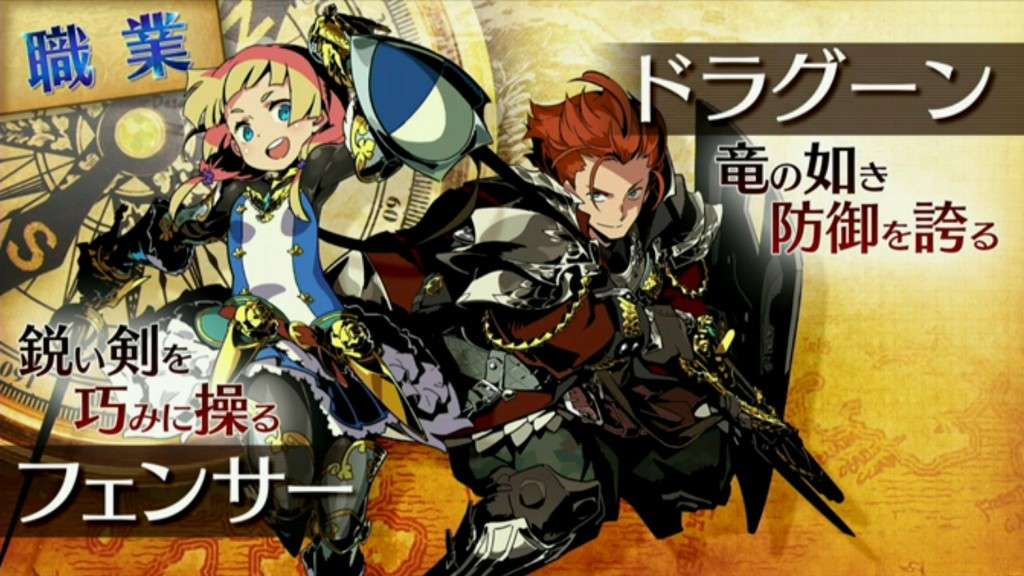 An evasive type of attacker, dodging enemy attacks with good movement and great at attacking in cooperation with allies.

Tank class. Has skills that incorporate offense and defense, using a gun and a shield. 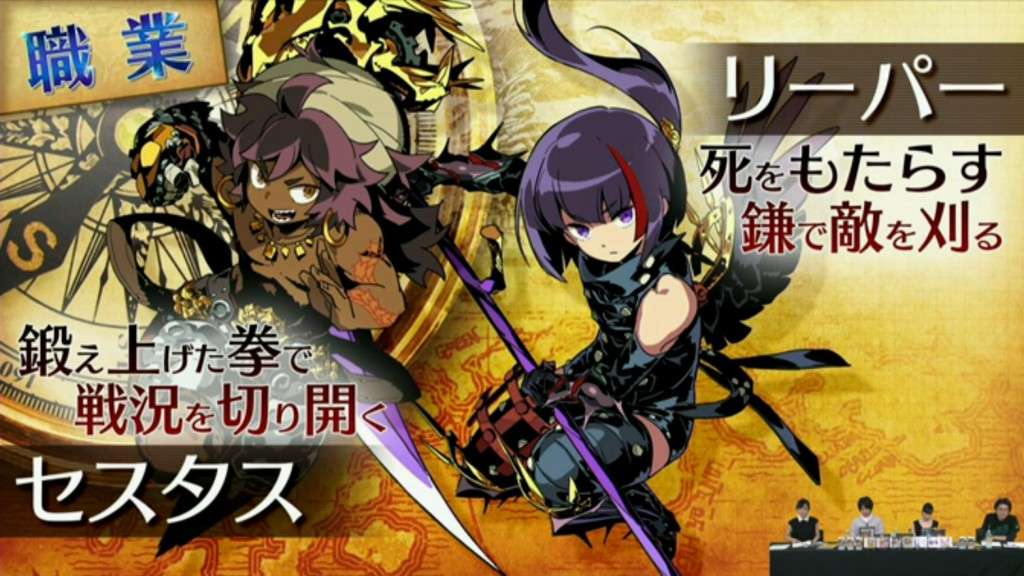 An attacker that uses their fists. Has the ability to seal enemies, with attack skills with varying effects.

Excels at debilitating debuffs to weaken enemies and giving them negative effects. Also active as an attacker using a sickle. 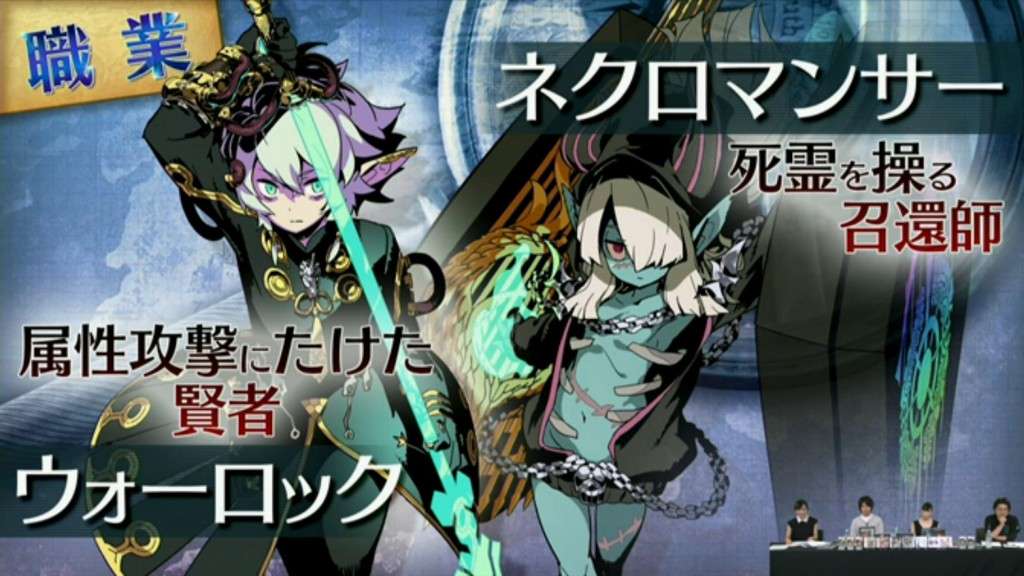 Specializes in elemental attacks, fully using the 3 attributes. Has skills of varying range and power.

Has a variety of actions by summoning ghosts. A technical and difficult to master class which is strong if used well. 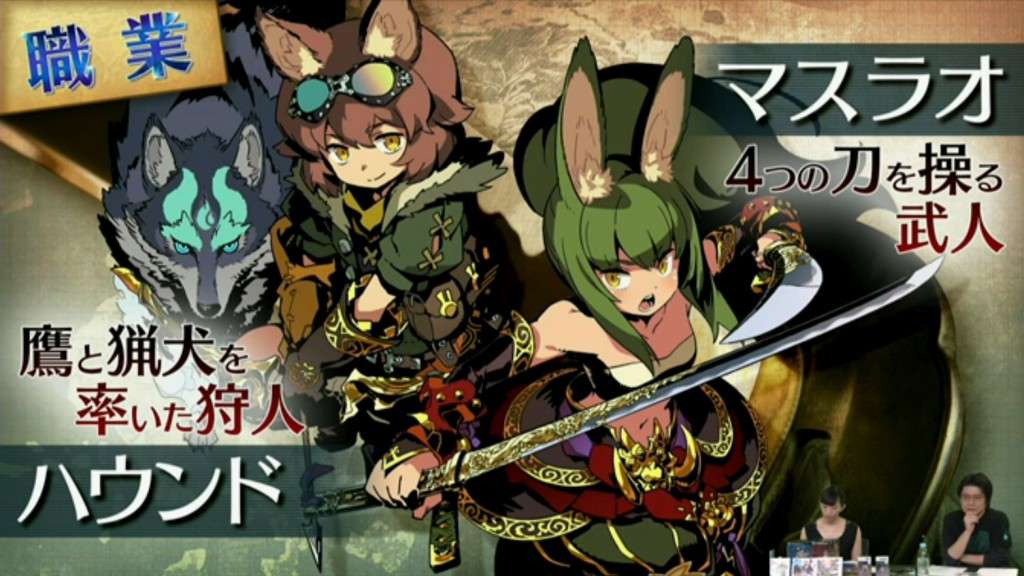 A long-distance attacker. Uses a hawk and dogs to attack. The hawk is mainly responsible for offense, while the dog is used for support. Also uses seals.

An attacker that uses four swords. Has a rich variety of offensive skills, with a weak defense. 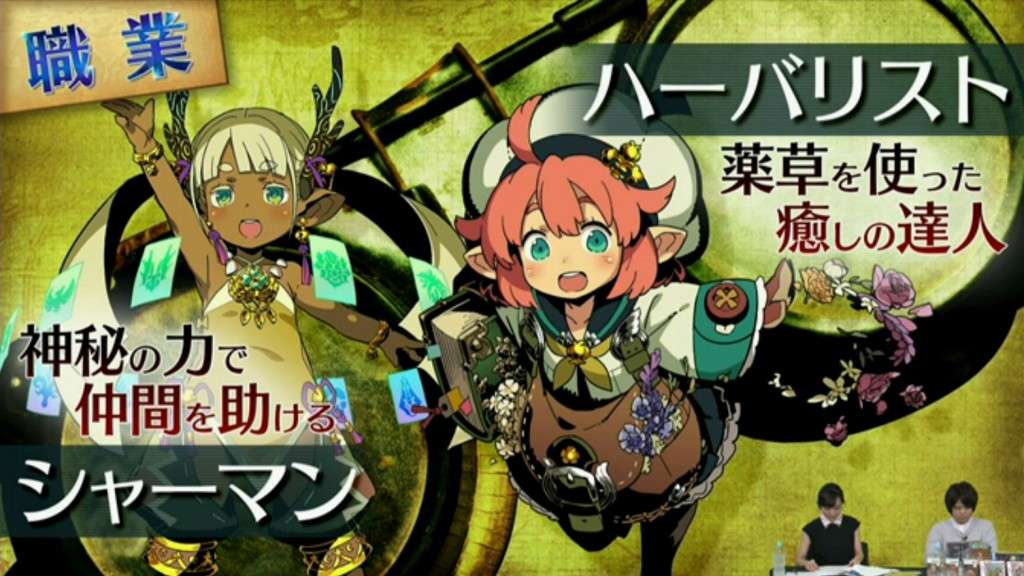 Uses a staff for support abilities and buffs to strengthen allies.