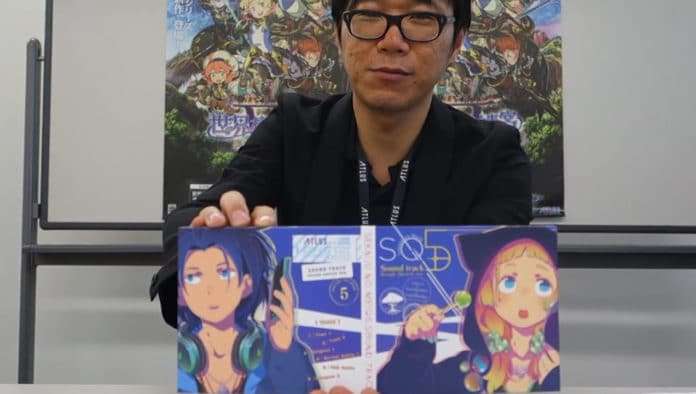 With Etrian Odyssey V: The End of the Long Myth releasing in Japan in two months, Atlus has released a video showing off the first-print copy bonuses customers will receive.

The video is presented by Atlus PR Yosuke Uda.

First-print copies of Etrian Odyssey V: The End of the Long Myth will include a “Rough Sketch Ver.” original soundtrack, with a cover illustrated by Etrian Odyssey artist Yuji Himukai.

The CD includes preliminary versions of music produced by composer Yuzo Koshiro during recording for the game. It will feature six tracks:

A 24-page booklet consisting of Yuji Himukai’s illustrations, including concept art, is included with the soundtrack.

The Japanese retailer-specific pre-order bonuses can be seen in this previous post.