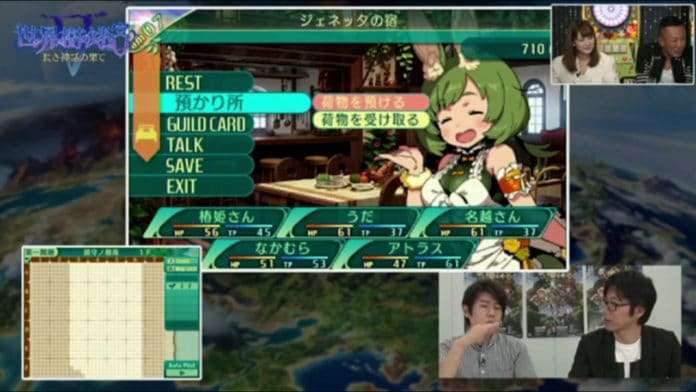 During the previously announced Sega Raw live stream which happened today on May 31, new gameplay footage for Etrian Odyssey V: The End of the Long Myth was shown, featuring menu navigation and character customization.