Following the Etrian Odyssey V: The End of the Long Myth feature in the latest Famitsu magazine issue #1432, Perfectly Nintendo and Nintendo Everything has translated the information about the game’s customization, job changes, facilities, the “Title” system and “Master Skills” for five more classes. 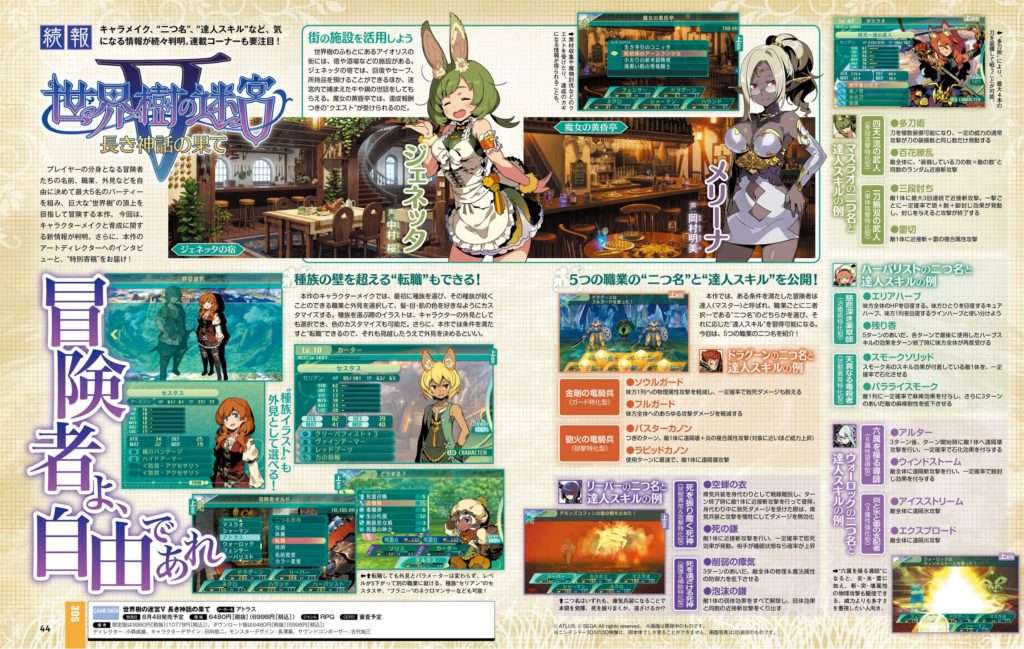 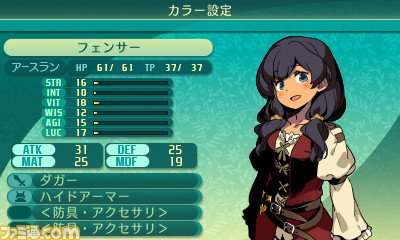 Two more facilities in the Great City of Aeolis other than the previously described blacksmith are:

Titles and Master skills for five more classes are: