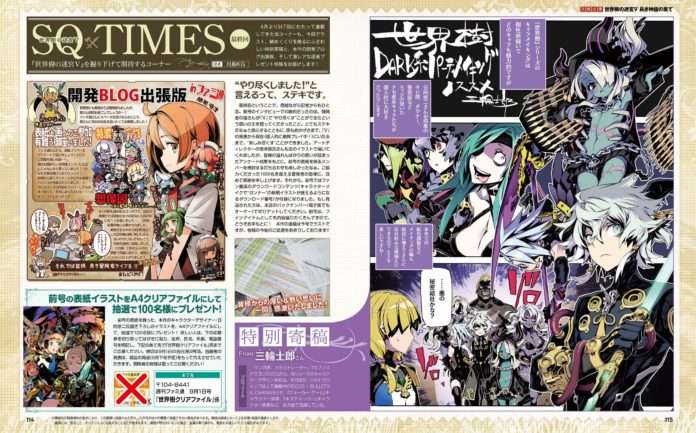 As announced with the preview, the Etrian Odyssey V: The End of the Long Myth feature in this week’s Weekly Famitsu magazine issue #1446 will be the last feature for the game.

It contains information up to the fourth stratum and a special illustration by the 7th Dragon series artist and manga illustrator Shirow Miwa. 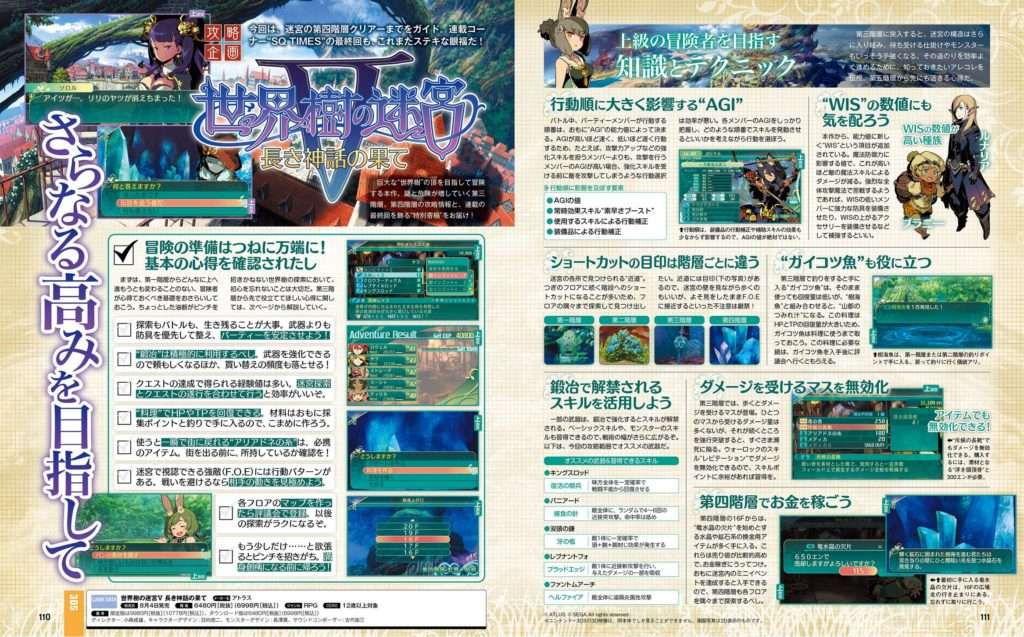 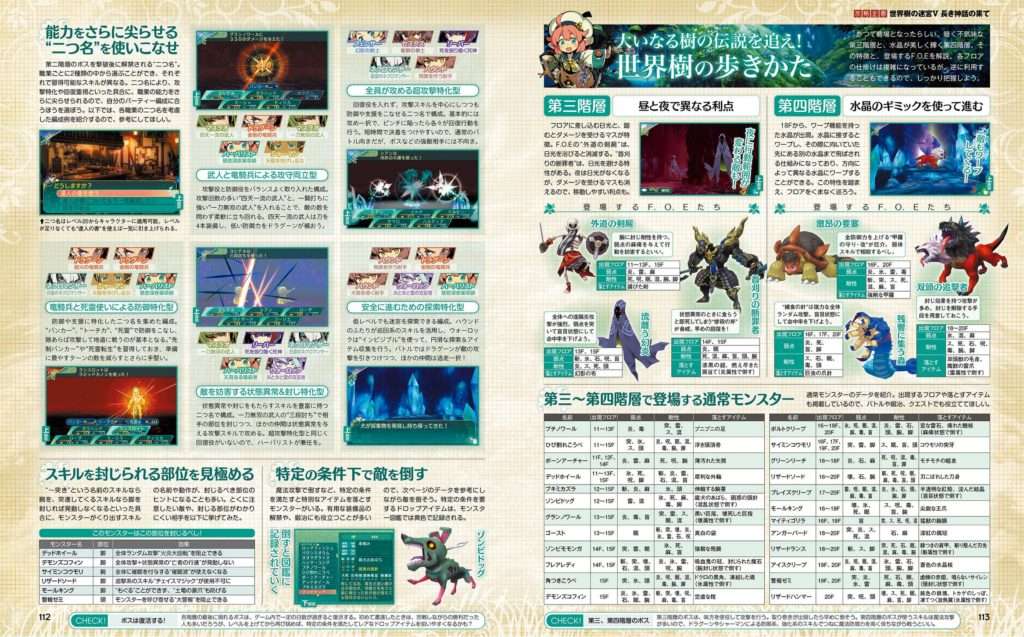 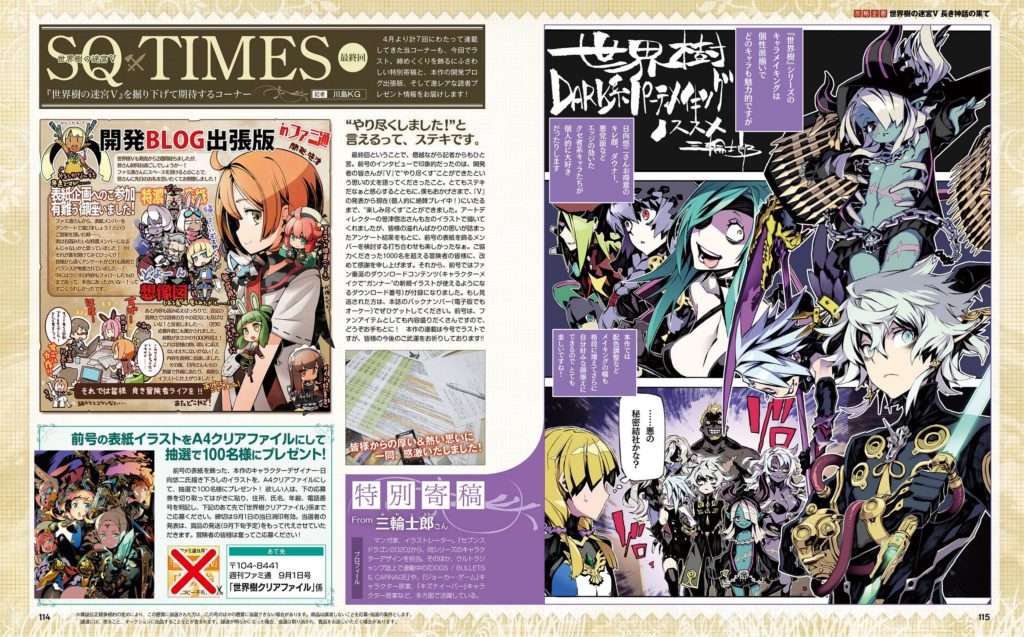 The previous Famitsu feature for Etrian Odyssey V was the launch feature in issue #1445, released on August 4, 2016.