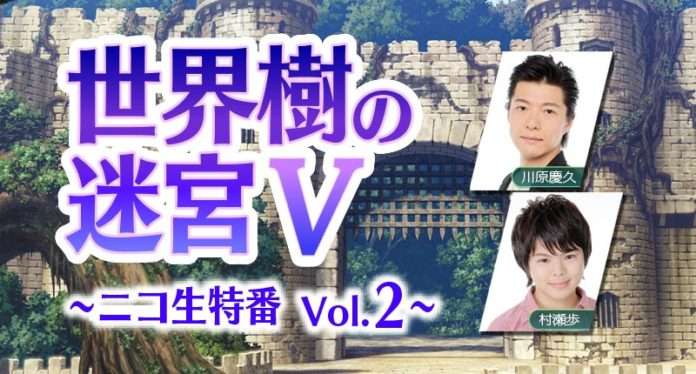 Following the first Niconico special live stream for Etrian Odyssey V: The End of the Long Myth on March 5, 2016, a follow-up has been announced for May 22, 2016.

The previous special live stream can be seen below.