Atlus has announced that Etrian Odyssey V: The End of the Long Myth will be receiving a realistic mystery collaboration quest with the theatre production company “NAZO x NAZO.”

Representing the game, participants will go on an adventure to solve a mystery during the event in a realistically designed labyrinth. 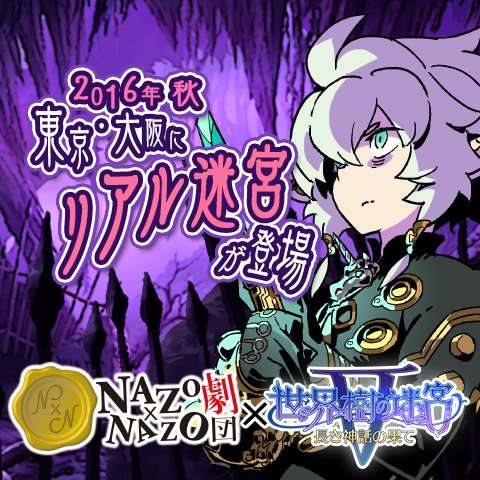 The event will be held at Akihabara, Tokyo and in Osaka sometime in Fall 2016.

Further details on the event will be announced in the near future.

This event is similar to the “Escape from Devils” collaboration which took place earlier this year for Shin Megami Tensei IV: Apocalypse.