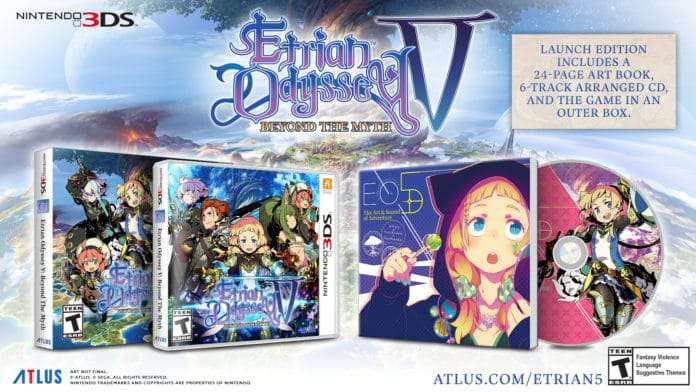 Atlus has released details for the North America launch edition of Etrian Odyssey V: Beyond the Myth, alongside a new trailer showing off one of the new classes: the Dragoon. 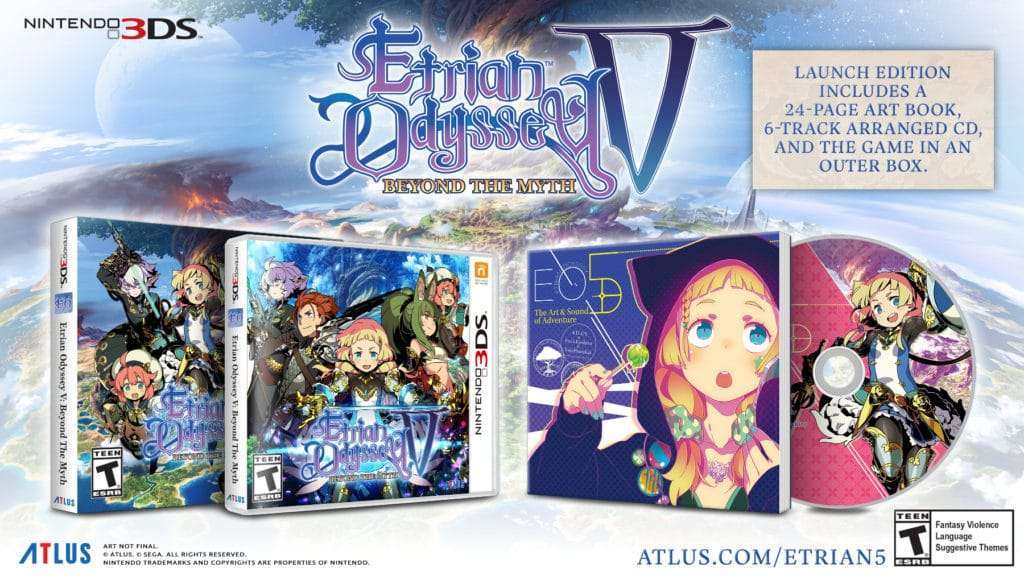 They say that whoever reaches the top of the colossal Yggdrasil will have their greatest wish fulfilled. So what’s so hard about hiking up a tree? Well, besides being a gigantic labyrinth, the Yggrasil is home to many nightmarish creepy crawlies and terrifying FOEs just waiting for a tasty treat to come waltzing by. But don’t let that dampen your adventurous spirit because the Etrian Odyssey V launch edition contains many treasures that will strengthen your resolve! Here’s what you’ll get when you pre-order or otherwise grab the limited launch edition of the game:

And that’s not all! Learn about the armor-clad Dragoon in our new trailer. One of the four classes for the Earthlain race, the Dragoon is all about soaking up damage and dishing out the heavy artillery with their hand cannon. They’ll need to rely on protecting the party from various attacks with different guard stances and is the first line of defense against all the hostile creates roaming around the Yggdrasil. As Dragoons level up, they can choose between a Master form that emphasizes strong defense or one that focuses on offensive capabilities.

The Bufu Boyz are back and ready to celebrate the 10-year anniversary of the Etrian series!  ATLUS’ own Will and EJ will be streaming various Etrian games every Friday starting July 28 at 3:00 PM PDT. This will all lead to the EOV streaming event happening on September 15. Tune in for your chance to win some prizes and help them navigate perilous dungeons!

Etrian Odyssey V: Beyond the Myth was released in Japan on August 4, 2016. It is set for a Fall 2017 release in North America and Europe.