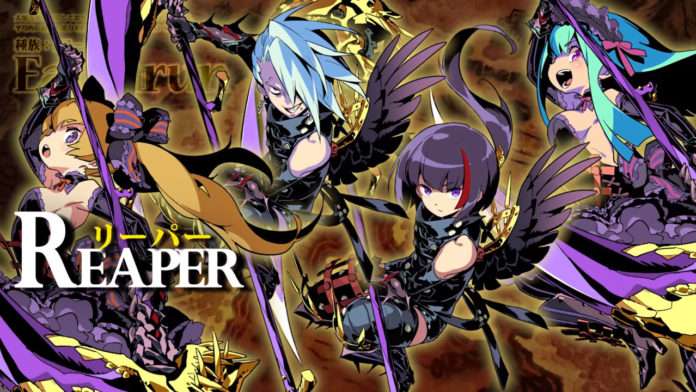 As described in a previous edition of Famitsu, Reaper uses a scythe to attack and has a unique fighting style that revolves around using miasma to weaken enemies or inflict them with status ailments.

As described in a previous edition of Famitsu, Necromancer is a technical class which revolves around summoning dead spirits and using them in various ways, for offense, defense and support. A class that is hard to master, but with many options.

The Reaper class page and the Necromancer one on the official website was updated with each of the four appearance options previously released.

Additionally, the Character page was updated with a section describing the class change system. 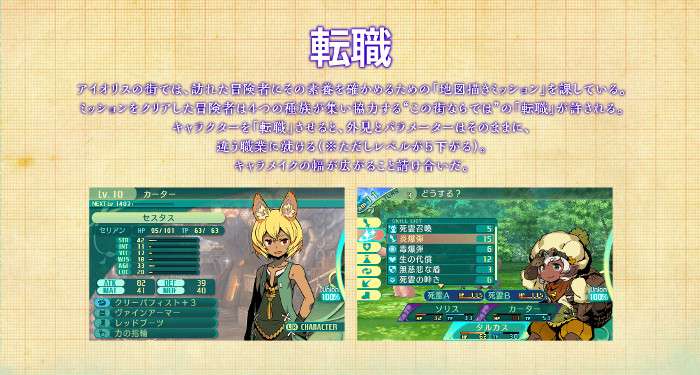 The Hound and Shaman class introduction videos will be released in the near future.

The comic contributed in issue #1432 of Weekly Famitsu magazine by the creator of YuriYuri and Etrian Odyssey fan, Namori, has been published on the official blog. 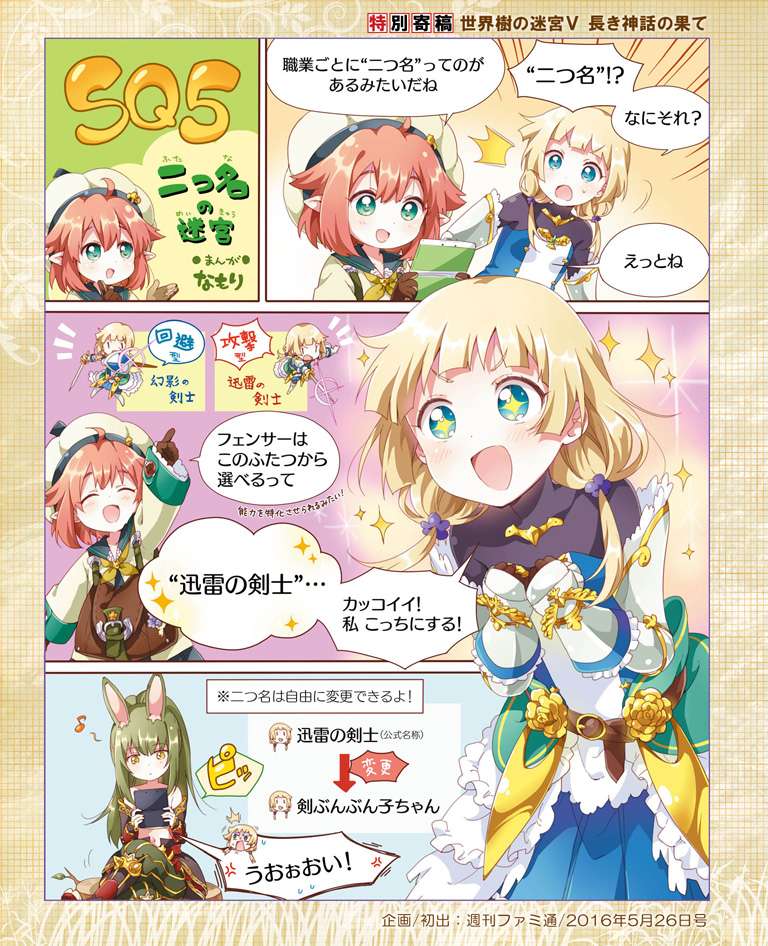