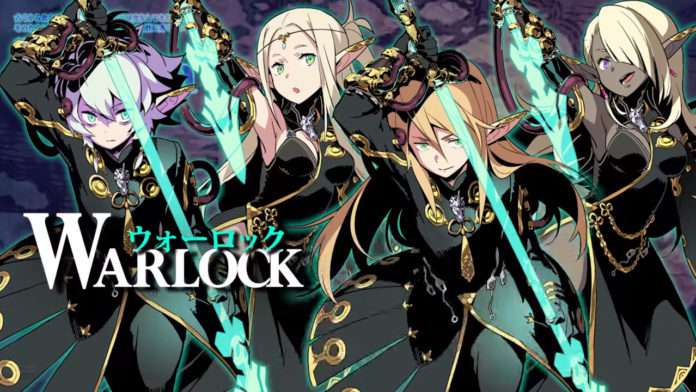 Following the previous Dragoon class introduction video, Atlus has released the Etrian Odyssey V: The End of the Long Myth Warlock class video along with a trailer showing off the game’s “Titles” class mastery system.

As described in a previous edition of Famitsu magazine, the Lunaria race Warlocks are magicians who attack their enemies using the elements. They have high a variety of options to at their disposal to face different types of enemies.

As described in the latest edition of Famitsu:

When certain requirements are met, a class will reach mastery and at that point, a player is able to choose among one of two “Titles” to give the character. This will grant them with Mastery Skills that change based on the “Title” that was chosen.

The Warlock class page on the official website was updated with each of the four appearance options.

The “Titles” mastery system section has also been added to the Character page.