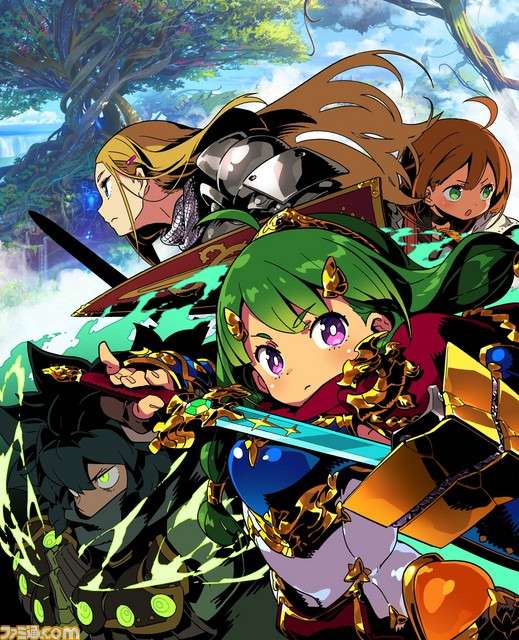 Atlus has announced the production of the “Etrian Odyssey V & X Character Art Book” (tentative title), featuring a comprehensive collection of character art by Yuji Himukai. Additionally, beautiful background visuals will be included. The book is planned to be like a museum gallery for “Etrian Odyssey.”

The art book is scheduled to be released in Spring 2019. It will be in A4 format, and the price is currently undecided.

As part of this book, Famitsu will be conducting a survey for fans of Etrian Odyssey. Based on the results, illustrations will be made for situations players have had in the series.

Furthermore, the Famitsu staff will be interviewing the leading director of the series Shigeo Komori, the character designer Yuji Himukai, and the composer Yuzo Koshiro. Questions for the interview are also being requested from the survey.

The survey will be available until January 24, 2019. It includes questions ranging from the mainline games respondents have played, to their favorite classes, to what elements players like the most in the series.

The first game in the series, Etrian Odyssey, was released 12 years ago today in Japan on January 18, 2007.