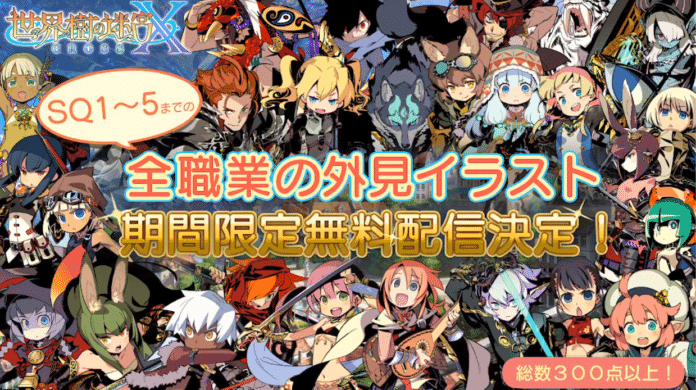 Following an earlier announcement, Atlus has showcased the first live gameplay from Etrian Odyssey X. Furthermore, Atlus has also announced that character portrait DLC from all five entries in the series will be coming to the game as free DLC for a limited time.

A special video was also released to coincide with this announcement.

Each of the illustration packs will be made free for the first month following the game’s release in Japan. Starting on September 2, the portraits for each game can be purchased for 100 yen each.