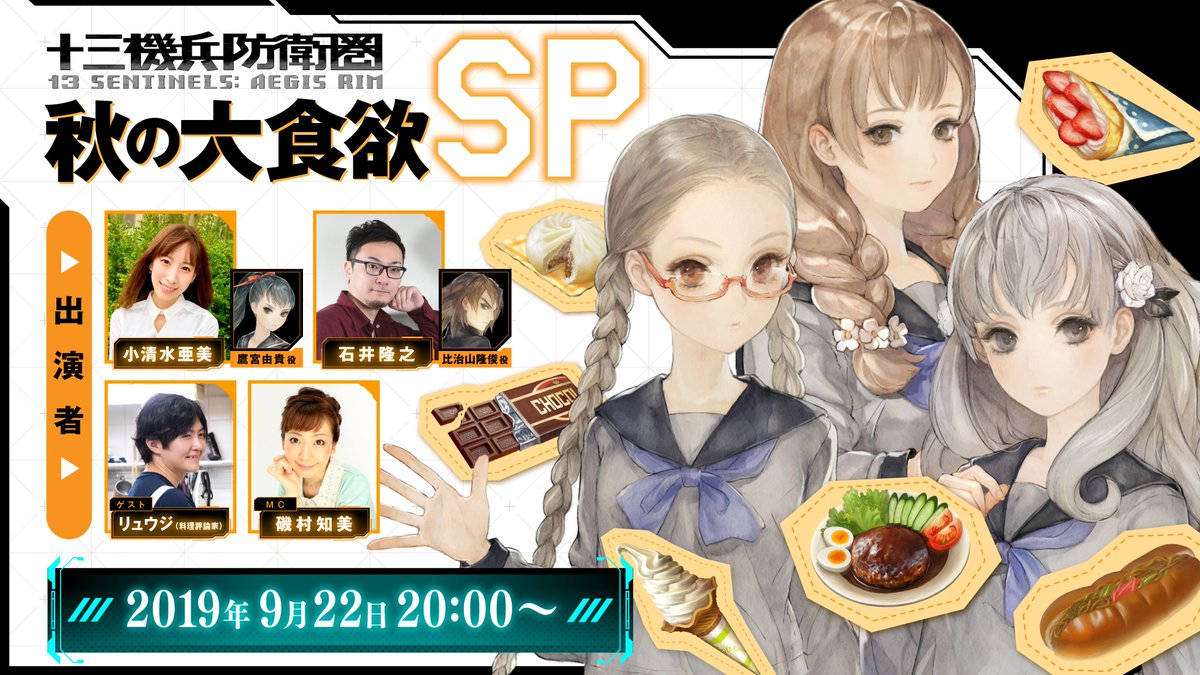 A special live stream for the upcoming Vanillaware developed dramatic adventure game has been announced for September 22, 2019.

This will be the second official live stream for the upcoming PlayStation 4 game with the Atlus x Vanillaware label, following the first live stream where the release date was first announced for 13 Sentinels.

The guests featured will be Ami Koshimizu (voicing Yuki Takamiya) and Takayuki Ishii (voicing of Takatoshi Hijiyama). The host will be the voice actor Tomomi Isomura. There will be a lot of gameplay, with an introduction of the game’s limited edition release.

Additionally, Ryuji, a culinary researcher, will be present to reproduce meals represented in the game. Vanillaware games often feature appetizing looking meals, illustrated beautifully in a way that makes you feel hungry, and this is also the case in 13 Sentinels: Aegis Rim.